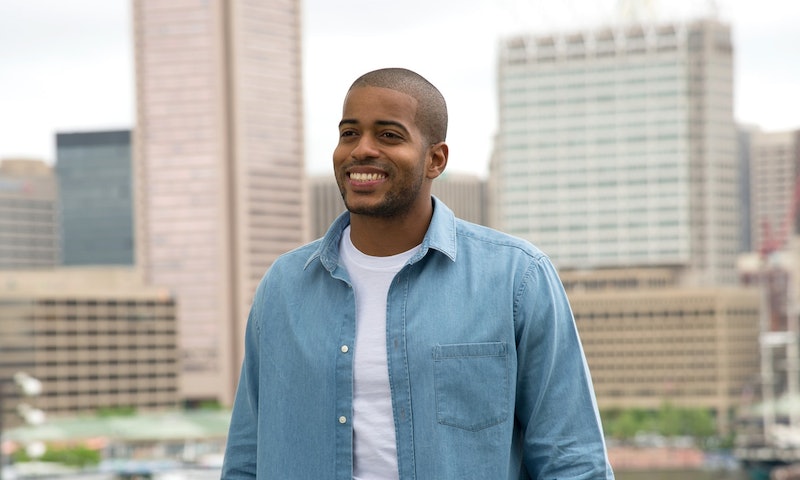 OK, so Rachel's Bachelorette season may not be over, but with only a few episodes left, it's time to start thinking about who she'll pass the torch to after her final rose is handed out. It's a tight race between Peter, Eric, and Bryan, and right now, who she picks is anyone's guess. But if Eric somehow doesn't make the cut, there are some pretty promising signs that Eric will be the next Bachelor.

Now, before we get too far ahead of ourselves, Eric is definitely still in the running for Rachel's heart. Peter and Bryan may have been early frontrunners, but as Rachel has whittled her suitors down to three, Eric has quickly emerged as the dark horse of the season (Sorry, Dean, but you were always a long shot). That being said, Eric's never been in love before, and Rachel may be looking for someone with a firmer idea of what it means to be in a long-term partnership. That's not to say he's not ready for one — in fact, he seems to be one of the most genuine and emotionally available contestants — but Rachel has made it clear that she's not there to play, and she might not be willing to roll the dice on Eric when it comes to picking a fiancé.

But even if Eric can't ultimately win Rachel over, there's a whole trove of reasons why Bachelor Nation would be willing to give him a second shot at finding love on-screen.

He'd Be Another Historic Choice

The Bachelor leads don't always have the best track records with viewers, but it's hard not to root for a man as charming, personable, and infectiously positive as Eric.

Eric has been open about his tough upbringing, but he was determined to build a life for himself on his own terms, and that kind of maturity and ambition is something many future Bachelor contestants will be looking for in a life partner.

He Brings Something New To The Table

The fact that Eric didn't have the "traditional" childhood usually depicted on the show plays in his favor: It gives Bachelor Nation an opportunity to further explore one of the many different types of families that make up America.

For better or worse, being attractive is a de facto requirement for being the Bachelor, but luckily for Eric, he has the looks to fit the bill.

He's In Touch With His Feelings

If you're signing up to get engaged to someone you met a matter of weeks ago, one thing you definitely can't be is closed off (looking at you, Peter). Even though Eric was commitment-shy in the past, he was forthcoming about his feelings for Rachel every step of the way.

Eric may have run from love in the past, but his relationship with Rachel seemed to uncover a new side of him he's only beginning to explore. That much progress is impressive as it stands, but there's no telling how much more he could blossom with a season of his own.

It's What The Fans Want

The fans have spoken, and they want Eric.

Eric checks off a lot of boxes, so if he somehow falls short for Rachel, he should be high on the list of contenders for next Bachelor.