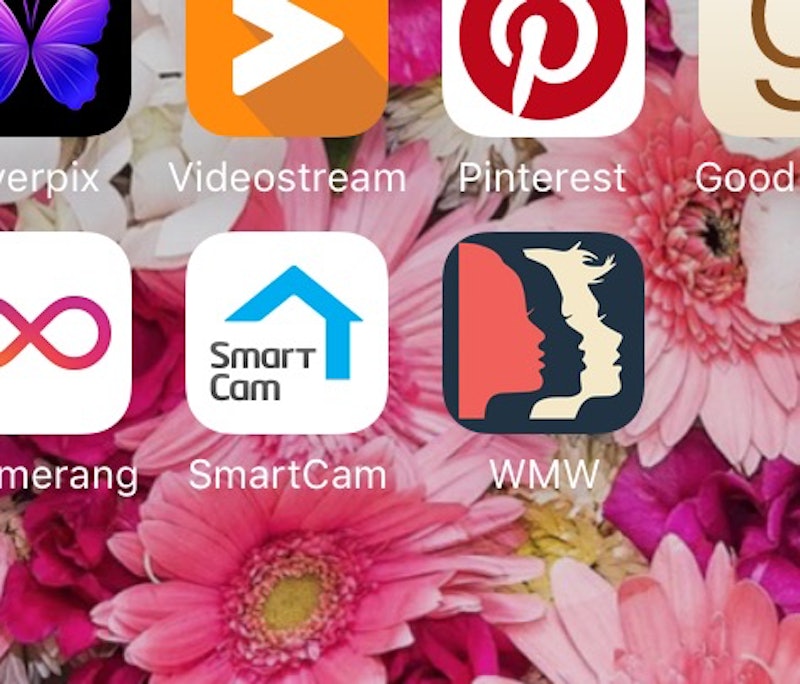 The Women's March On Washington is expecting over 200,000 attendees, and the massive turnout could undoubtedly make for a little chaos. Fortunately, the creators have released a Women's March On Washington app powered by DoubleDutch to make the whole day easier for everyone. It's free, and it's both full of useful information and a great way to connect with other people who will be participating in the march. Everybody wins!

To begin, head to your app store to download it. (It's available for both iOS and Android devices.) From there, creating a profile is easy: You can either import your information from LinkedIn or opt to enter it manually. I chose the latter of the two, filling in my first and last name, and uploading a photo of my gorgeous mug.

The app's "news feed" (which they refer to as the "forum") is not unlike Facebook's: You can post statuses, and also like (by clicking a smiley face icon) and comment on other people's statuses. Right off the bat, you're connected with like-minded people all wanting to come together for a good cause.

By accessing a menu on the left side of the screen, you'll see a number of resources and options. You can immediately go to the Women's March's Facebook and Twitter pages (still within the app, so you don't have to open up a whole separate app to check either page out), view an "Frequently Asked Questions" page, make a donation, familiarize yourself with the schedule for the event, review available transportation, and learn more about the march itself. It also provides opportunities to host and attend sign making gatherings and meet-and-greets.

The app is pretty intuitive and simple to use. There aren't a ton of options, which makes it far easier to navigate, and much more enjoyable. I find the forum an especially fun place to be, as the overall tone of everyone's posts is positive and uplifting, and you get to avoid the hateful comments and angry conversations you'd run into on a platform like Facebook, as great of a tool as it can be. Although, to be fair, even the Women's March On Washington app isn't immune to trolls, as at least one has already been reported, according to Vocativ. Regardless, I can totally see myself using this app even after the event has ended, just to be around people with similar viewpoints.

On a similar note, people of every gender should absolutely think about downloading this app as well. It offers an eye-opening experience to learn more about other people's reasons for fighting for equality, and reminds us that, despite its name, the Women's March is for everyone.

With a coming together of this size, questions are of course left hanging — what can you bring to the March? Where does it start and end? Will there be security? And so on and so forth. But the creators of the Women's March have provided an excellent resource in this app, that fits in your pocket and goes everywhere with you.

Download the app today, start connecting with other people, and get ready for the big day!