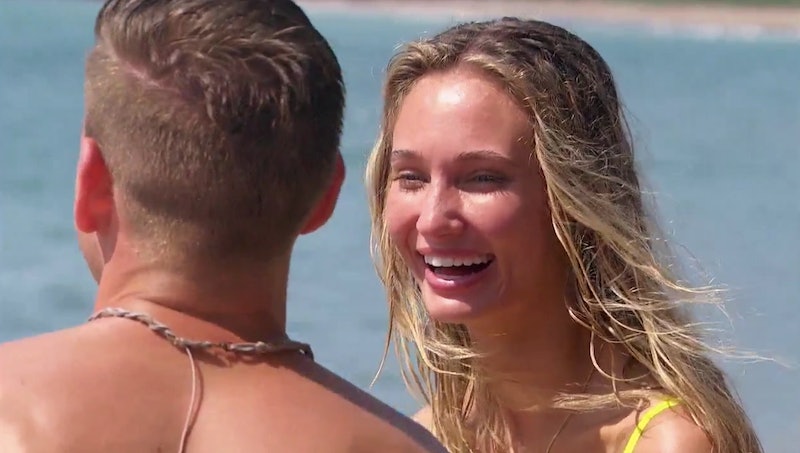 Though he first caught the eye of Sydney on Bachelor in Paradise, if Matt Donald is dating anyone after the show, it's probably Bri. He and Sydney got off to kind of an awkward start: though she made clear she wanted to kiss him, Matt insisted that because he knew his mom would be watching, he wasn't comfortable going in for a smooch on the first date. He must have just been referring to his first BiP date, though, because he had no problem kissing Bri on their first date. Multiple times, in fact.

This could mean one of two things. Matt may have just been really nervous on his date with Sydney, having just arrived in Paradise, and let himself get too in his head. Or he simply had a better connection with Bri than he did with Sydney. Right now, the latter seems more likely.

His sensual surfing session with Bri went way better than his spicy margarita-tasting double date with Luke S. and Kristina. Rather than stumbling over his words like he did with Sydney, Matt's date with Bri was effortless. Does that mean him and Bri are still dating after the show? Not necessarily.

Coming into Paradise late, they were already at a disadvantage. The finale is coming up fast, and the two have hardly had a chance to get to know each other. If Matt was being honest that he generally likes to take things slow (and not just trying to let Sydney down easy), it's unlikely that he would jump into a relationship just days after meeting someone.

Sure, they could agree to continue exploring things without, you know, getting engaged, but that would be easier to do if they were able to establish a stronger foundation before going back to their respective homes. According to their Instagram bios, Bri lives in Los Angeles while Matt lives in Los Gatos, California — a full five hour drive away. It would be worse if they lived on opposite sides of the country, but the distance still requires a significant commitment to make things work.

The other potential problem? Bri went to Stagecoach music festival, which has developed a seriously notorious reputation on Season 6 of Paradise, particularly because of Blake. Fans have learned that he hooked up with both Kristina and Caelynn while there, and if it's revealed he and Bri talked there too, that could definitely cause issues. Blake has even said he thinks Bri is beautiful and that he connected with her at Chris and Krystal's wedding.

For now, though he seems to be sticking with his efforts to rekindle his old flame with Kristina, which is good news for Matt. Unfortunately, both he and Bri have been pretty quiet on social media in regards to their time in Paradise, so there aren't really any clues about their relationship status now. (Don't let those fake wedding photos on Matt's Instagram fool you — he was just modeling.) But the finale is just around the corner, so we'll find out where they stand soon enough.