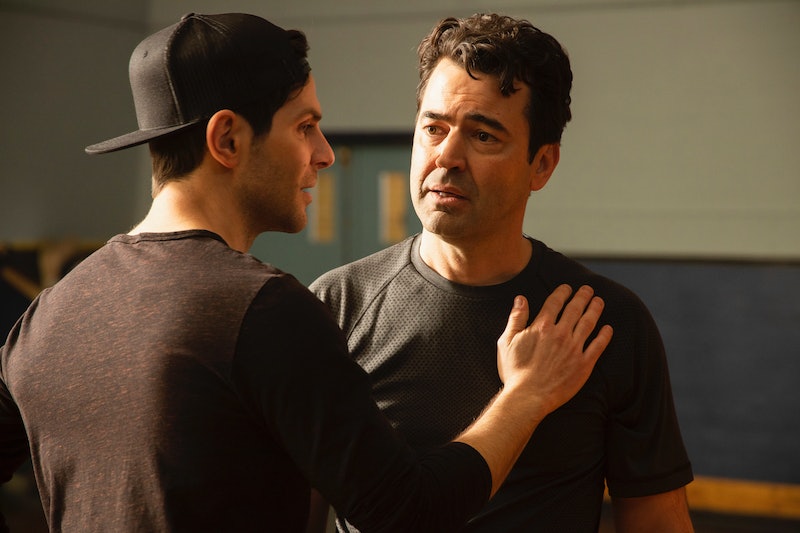 Though A Million Little Things’ first mystery was that of why Jon, the lead character, opted to end his life, the show doesn’t have a simple answer. In fact, so many questions have spun off from the initial one that you’d probably need one of Ashley’s hidden ledgers in order to figure it out. One thing we've known all along is that Rutledge, a name we’ve heard whispered and seen erased from files, means something big. And there are now some Rutledge clues on A Million Little Things that are pulling the curtain back to reveal a Jon that nobody really knew.

Jon’s death was shocking, but what’s more shocking is that Ashley, Jon’s assistant, has been able to hide so much from his family since his death. Ashley has hidden bank statements, Jon’s suicide note, and more from Delilah, Jon’s widow, all with only the tiniest ounce of guilt. Whether it’s duty, loyalty, or self-preservation that’s driven Ashley to subterfuge, we don’t know, but some answers are starting to trickle in, and Jon’s friends and family will not be happy once they discover all that she’s hidden. Here’s what we know about Rutledge so far.

The Guys Know About Rutledge — Sort Of

Jon and his friends met when they were trapped in an elevator together, and Rutledge was the name of the man who inspected the elevator. Gary said that the term evolved into a sort of inside joke, and they used it when they wanted to say that if anything happened to any of them, their families would be taken care of.

Jon’s naming his files Rutledge could have been a code for the guys to look more closely. Unfortunately, Ashley deleted everything she could before anyone could make sense of it all.

Ashley Is Hiding... Everything

Besides deleting all those files on Jon’s computer, Ashley also went to the bank to withdraw remaining funds and close the Rutledge account. Does she think she’s helping? Or is she trying to cover her own tracks? Honestly, it’s hard to tell.

When diving deeper into Jon’s finances, Katherine’s forensic accountant found that payments into this Rutledge account continued even after Jon died. It could have been Ashley who kept the money going, but it also could... not be Ashley. Jon has so many secrets that no viewer would be shocked if there was another person involved.

The best twist on the show so far has been that the apartment that Ashley and Jon were smooching in is not the only apartment Jon had rented. First, there’s the smooching apartment, which seems like Ashley’s, and then there’s another apartment where Ashley shreds documents and Jon makes his “you don’t really know me” video. He was apparently there a lot because an older woman next door asked Ashley about him. Ah, to afford the luxury of having an apartment just for destroying files...

Barbara Morgan Has Had Enough

Ashley, probably in her guilt, confronts Barbara Morgan (aka the inimitable Constance Zimmer), and Barbara won’t hear her. Ashley says Barbara owes Jon, and Barbara is all, girl, bye. Jon or Ashley must have done something to make her so mad. But why does Barbara owe Jon's family?

Jon Leveraged His House Against His Business Deals

Delilah now owes $18 million because Jon went south on a loan and used their paid-off house as collateral. They’re also being evicted. The Rutledge file could have been signs that the deal was going bad, but since Ashley deleted everything, we don’t know.

We Still Don’t Know What It Is

Rutledge could be a code word, a locker combination, a call sign, a distress signal. Since the meaning of the word is like a safety plan, maybe the files contain info needed to help Delilah stay in the house. We just don't know.

Until Ashley spills everything she knows to Delilah and the gang, she’s keeping everyone in the dark — including viewers. Ashley has kept so many secrets for so long that they are not going to be happy when they find out what she’s done. And that's a huge understatement.

More like this
'The Ex-Wife’s First Look Pics Are Giving 'Gone Girl' Vibes
By Bustle UK
Shonda Rhimes' Net Worth Makes Her One Of The Wealthiest People In TV History
By Hugh McIntyre
The Best 'Grey's Anatomy' Intern Moments, From MAGIC to Glasses
By Grace Wehniainen
'The Rings Of Power' Episode 7 Will Feature An “Unlikely Pairing Of Characters”
By Grace Wehniainen
Get Even More From Bustle — Sign Up For The Newsletter