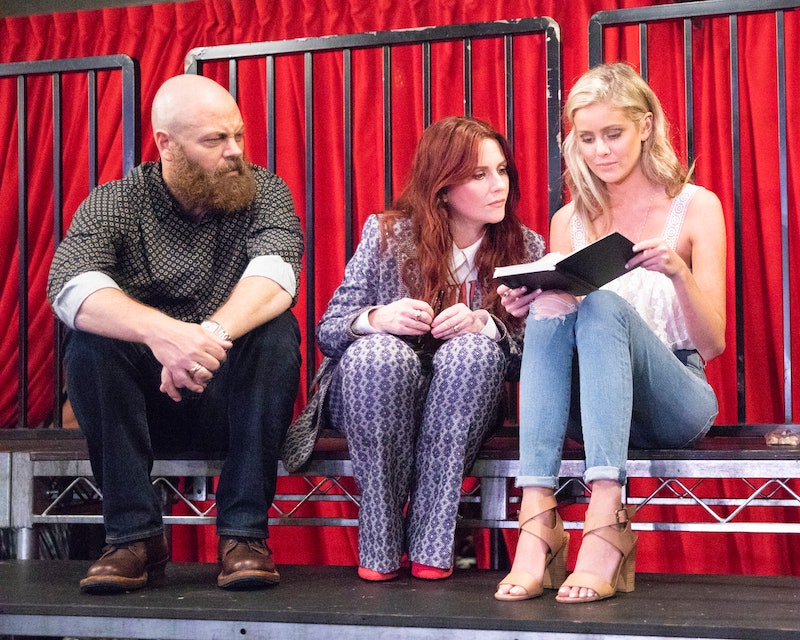 There are plenty of spoilers available for shows like The Bachelor, but if you're a traditionalist, you shy away from them because you want to experience the big reveal with the rest of America. Still, that doesn't mean we can't use our sleuthing skills to guess who will win Colton's heart! There are several standout contenders left this season, but one that looks pretty in it to win it is Hannah G. And you've been watching closely, there are quite a few clues that Hannah G. wins The Bachelor.

Following Hannah B.'s exit, Hannah G. is the only Hannah left. Her and Colton's attraction to each other is tangible, to the point where she's wrapping her legs around him and they're making out in the shower. Those are all of their dates — them making out. Rolling around on a bed, making out. Being in a river or something, but also making out. Talking about nothing, but then making out before, during, and after. But besides their physical chemistry, Hannah G. and Colton just seem to really like each other, and that may mean Hannah ends up with his final rose. Here are all the signs Hannah G. is the one to take home Colton's heart.

She's Avoided All Of The Drama

While Cassie, Caelynn, Tashia, Hannah B., and Demi (to name a few) have all gotten down and dirty in the name-calling and tattling department, Hannah G. has managed to stay largely above the fray. She's always good for a reaction shot (she gives good face, for sure) or an opinion on someone else's fight, but that's how Hannah G. keeps it — as someone else's problem. Tattletales and bullies rarely ever win The Bachelor, and Colton appreciates a woman who isn't into the drama.

She & Colton Have Undeniable Chemistry

You can almost literally see the electricity between Colton and Hannah G., and while that's certainly not all that makes a great relationship, it is an important part of it.

Her Social Media Is Very Vague

The Bachelor contestants have ironclad social media rules thanks to ABC, so they really can't reveal anything about their time on the show until after everything's aired. That said, Hannah G.'s Instagram is mostly pictures of herself, which, why isn't she posting pics with family and friends? Could it be that she's busy hiding out with Colton?

Colton's biggest fear is that he's somebody’s second choice or silver medal, and Hannah G. is way into him. She wants to be on The Bachelor for Colton, and she doesn't seem like she’s into it for fame, money, or to later be on Bachelor In Paradise or become The Bachelorette. She wants him, and he wants that certainty.

Will Hannah G. and Colton ride off into the sunset together? We have yet to find out, but by the powers vested in Chris Harrison, these two might end up hitched at the end of it all.