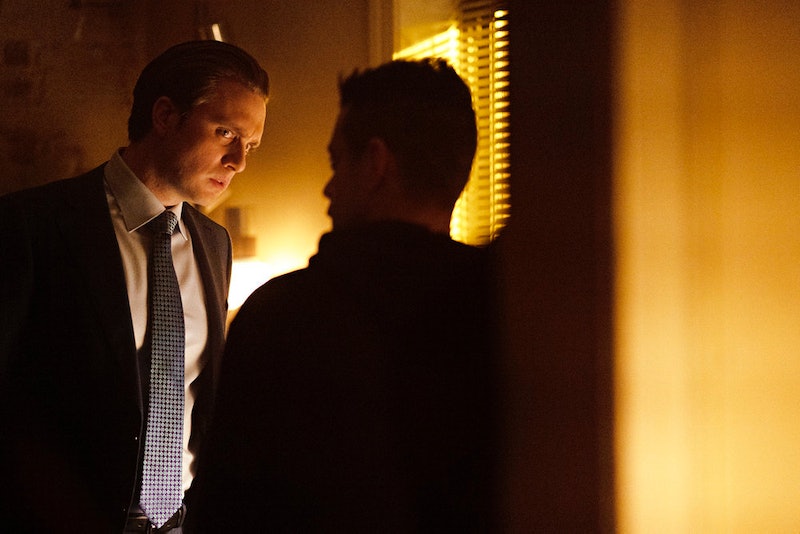 Even when he wasn't around, Tyrell felt like an integral part of Mr. Robot because of his relationship with Elliot. His death in the Oct. 27 episode marks the end of their partnership against Whiterose and the Dark Army, but that confounding blue light cliffhanger hints his story isn't over quite yet. In fact, fans have several theories about Tyrell that suggest he'll return in some capacity before the final season ends. Just don't get to thinking he's still alive — series creator Sam Esmail already confirmed that's not the case.

"We know this was [going to be] it for him. We knew he wouldn't be long for this world," he told The Hollywood Reporter after the episode aired, adding that they thought carefully about how Tyrell would go out.

"We needed to construct an episode where we could have those two people finally hash out how they feel about each other," he continued. "We wanted to see them connect — and then, in Tyrell fashion, we wanted to have a surreal tone to the whole episode. That's why we thought having these two guys go through the woods really felt right: a surreal and existential backdrop of the desolate woods and the cold, with nothing else in sight, and nothing to hear, except for an odd sound they can't quite pinpoint … the howl of death. It just felt so appropriate."

But even with such an apt ending, Mr. Robot viewers seem to believe Esmail is being intentionally misleading. Here's how they think Tyrell could come back into play.