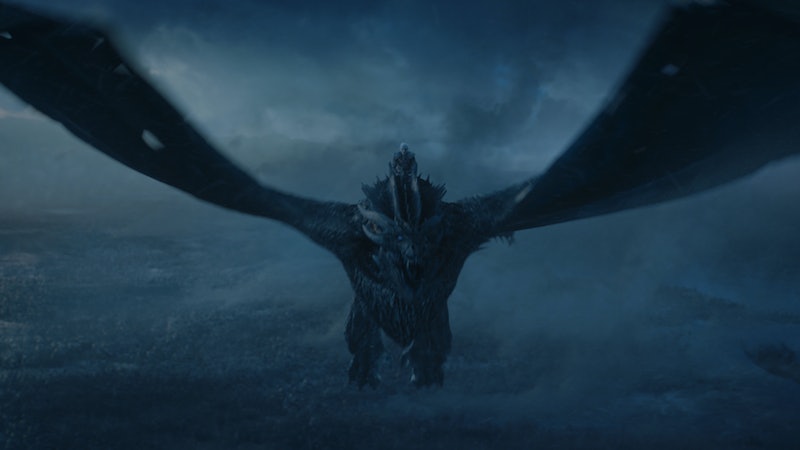 Vladimir Furdik, Photo courtesy of HBO
By Sophy Ziss
May 17, 2018

First, let's take a look at what R1400 has to say. "When you take it all into consideration," they wrote, "The Undead Army doesn't have that much going for it." The theory continued:

"It wouldn't be exaggerated to say our heroes are outnumbered about 5 to 1, but does it really matter? Besides the numbers, the army of the dead have infinite stamina, some giants and a dragon, but the living have a big supply of weapons that can kill undead with ease, two live dragons, plus horses and the ability to form strategies."

True, but he's still The Night King; he's made it this far. Could his downfall be attributed to something as just not being human? Anticipating this question, Reddit user R1400 continued:

"I don't think we have the whole picture just yet. The Night King likely hasn't waited [this] long to pass the wall and not have a game plan."

But what sort of game plan? Let's dive in.

The Reddit theorist wrote that though war in the North would be "favorable" to the Night King, because of the whole cold-and-undead thing, they don't see that being cataclysmic enough for a "series-ending" war. They continued:

"All his enemies are gathered at Winterfell for the final battle, all besides Cersei who will most likely get the Golden Company and head somewhere far away to wait out the war. Taking all this into account, this would leave the highest concentration of humans [at] King's Landing completely defenseless. As such, I think the [Northern] army of the dead will be led by a few White Walkers while the Night King, Viserion and the [remaining] White Walkers would go around and bathe King's Landing in Viserion's blue fire."

R1400 essentially sees an infallible Night King bringing winter to the South. That approach, they suggest, will weaken the Northern army. It would also cause minimal damage to the undead army while enabling their leader to destroy the capital of Westeros. User Logistics515 didn't entirely disagree, but pitched a theory of their own. Working from a similar assumption (that the Northern armies aren't going to last long), they proposed how Westeros might prepare to counter-attack.

Logistics515 mostly felt that R1400 left Viserion out of the conversation. So, on the subject of the final battle against the Night King, this user suggested the following:

"A wight dragon also gives the [Night King] a huge increase in mobility. He can go virtually anywhere in Westeros where there isn't an organized defense in place to oppose him. Now, what Westeros has been doing in the past 7 seasons has contributed to a rather large surplus of dead people all over the place. This means he can make make new undead armies at will, virtually anywhere he goes, immediately enveloping regions with little to no warning."

It's true: There's been a lot of death since the show began. And considering how busy the Westerosi are these days, it would be hard to believe that they've found time to properly bury or burn the deceased. As a result, Logistics515 stated, "They'll have to think about another way to defeat the [Night King] that doesn't involve a direct army-on-army confrontation," as it would risk adding any of the newly deceased to the other side's ranks.

It's also established at this point that only the Night King has to be defeated to destroy his entire army-slash-threat to humanity. (He's the one who created the White Walkers, who created the wights, which shatter when their maker is destroyed). The same user hopes that Jon Snow, Daenerys, et. al. are aware of this, and will anticipate the Night King's arrival in King's Landing with a "trap".

When combined, these theories suggest that the future of King's Landing is the greatest question mark of all. Will the Night King cause winter to rise from the south, or will the "good guys" set a trap for him there? How much does Queen Cersei, currently at home in King's Landing, care about the the threat to her subjects? Game of Thrones Season 8 is so far away, so it may be a while before fans get any of these answers for sure. But at least the wild speculation makes the wait for GoT Season 8 way more bearable.

More like this
‘The White Lotus’ Is Coming Back For Season 2 This Fall
By Bustle Editors
'The Sandman’s Ending Is A Departure From Neil Gaiman’s Comic Book Series
By Kadin Burnett
Every Horror Movie Reference In The 'PLL: Original Sin' Premiere
By Alyssa Lapid
Netflix Just Rebooted A Classic ‘90s High School Drama
By Maxine Harrison
Get Even More From Bustle — Sign Up For The Newsletter