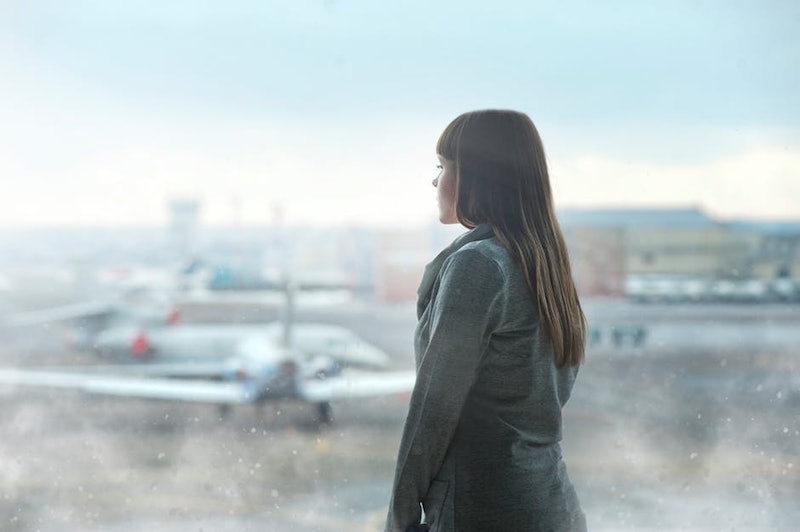 Traveling alone by rights shouldn’t be as fraught as it is for women — but now, one airline in India is taking steps to help improve the situation: Delhi-based airline Vistara recently launched its Vistara Woman Flyer program to aid solo women travelers. The program was originally announced in March — and although there’s obviously still a long way to go when it comes to fighting sexual harassment while traveling (and, y’know, rape culture overall), this still might be a positive step forward.

As is common for airlines these days, travelers on Vistara can pre-select their seats during booking, after booking, or during web check-in. Women who choose to participate in Vistara Woman Flyer, however, won’t have to worry about ending up with a middle seat if they don’t select their seats in advance; if they get their seat assignments at check-in, the airline ensures that they’ll receive only a window or an aisle seat. Designated airline staff for the Vistara Woman Flyer program will also be available at the baggage claim for participants in the program who need help — whether that’s with luggage, getting safely to airport-authorized taxis, or with other experiences requiring assistance. The service is both optional and complimentary, you can either use it or not as you see fit without worrying about the cost of your ticket fluctuating.

A lot of folks are identifying Vistara Woman Flyer as a way to fight manspreading. I can’t deny that it probably is an effective measure against that most uncomfortable of transportation scourges; if you’re trapped in the middle seat between two manspreaders, your already tiny airline seat is going to get a lot smaller. However, I don’t think it’s just about manspreading (as problematic as manspreading is —I could, and honestly probably have at this point, write volumes about how anyone who isn’t a cis man so frequently has to fight for their right simply to exist in the world, including the literal space they occupy); it’s about safety. Sexual harassment and assault happen on planes more often than most of us probably think, and it’s horrifying.

In a 2015 piece for Jezebel’s former travel site, Fly Girl, Clare Kane pointed out the facts: That, according to the FBI, sexual harassment on planes is on the rise; that red-eye flights make it easier for predators to assault people without others noticing; that flight attendants are routinely harassed on the job. This, by the way, is on top of Kane’s own harrowing story of what happened when she was seated next to a man who allegedly touched her without her consent repeatedly on a flight to Shanghai — a story which, unfortunately, is not unique. Read all the stories here. And here. And here.

What’s more, people aren’t even always able to report the incidents, often because they’re so shocked they don’t know what to do — or feel like they have any ways available to them of getting to safety. What Dana Larue, who was allegedly attacked on a flight to Chicago, said to the News4I-Team in Washington in 2014 nails it: “I knew there was nowhere to go. And I would’ve had to get by him to get out of my seat. I was just completely terrified and frozen.”

Vistara Woman Flyer is not, of course, a perfect solution to this problem. Sitting in an aisle or window seat is not guaranteed protection from assault or harassment committed by seatmates (you do still have to sit next to someone), for one thing; for another, it’s not just women who deal with harassment on planes, and it’s not just men committing the harassment. I also find the program a little bit problematic in that it looks a little like it’s saying that women need to be “rescued” from predators, placing us in the role of the “damsel in distress.”

But, well… it’s a start. Sitting in an aisle or window seat cuts down on the possibility that you’ll get trapped between two predators, at least; what’s more, if you’re in an aisle, it might be easier for you to get up and find a flight attendant if you need help. And although anyone can be harassed or assaulted, and anyone can commit harassment or assault, women and nonbinary or gender nonconforming people do generally suffer disproportionately from harassment and assault, according to RAINN.

As part of the bigger picture, it’s heartening to know that what we have here is a company recognizing that this is a problem for women and doing what they can to help. It’s also significant that an Indian airline is taking that step; as Bloomberg points out, India's Foreign Office warns single women to exercise extreme caution when using public transport. Sexual violence in India remains a huge issue — as women’s rights campaigner Kavita Krishnan told the Wall Street Journal in January, women in the country don’t often report sexual assault for fear of being victim-blamed for their own attacks. Said Krishnan, “If you create a climate of disbelief, then they are not going to report.” Vistara Woman Traveler will, hopefully, create a climate not of disbelief, but of belief.

The Vistara Woman Traveler program is only available in India right now, according to CNN. Find out more at Vistara’s website.