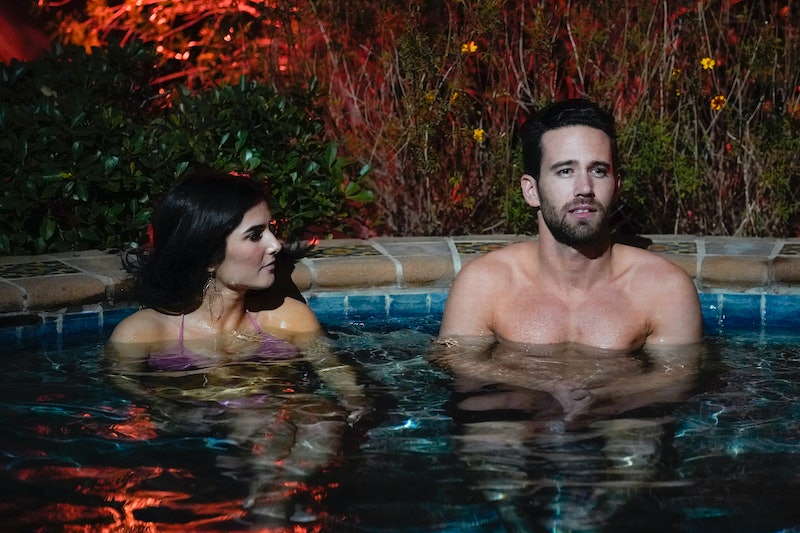 He may have earned comparisons to one of Bachelor Nation's most infamous villains, but Trevor wants everyone to know that he's on the show for love, not for fame. In an interview with Entertainment Tonight shortly after the premiere, Listen to Your Heart star Trevor said he's on the show for the right reasons, despite previously earning attention for his brief appearance on American Idol.

The "part-time songwriter, part-time construction worker" — as he described himself in his Idol audition — won Katy Perry's heart even before he started singing in his 2018 audition, but he had a girlfriend at the time. However, when that relationship ended, Trevor says he was pushed to audition for The Bachelor in order to find love once more. "I've had several people in my life suggest, 'Hey, why don't you try and go on The Bachelor?'" Trevor explained to ET. "I had thought about it for a bit, I didn't want to want to go on and people think, 'Oh, this guy is trying to promote his music career,' so I decided it wasn't a good decision for me."

While he didn't watch Hannah Brown's season of The Bachelorette, Trevor told the outlet that he knew about Jed Wyatt's reputation on the show, which may have also dissuaded him from auditioning. However, when Listen to Your Heart came along, Trevor felt it was the perfect opportunity for him to potentially find love and a musical collaborator. "When this opportunity came along to experience love and do music, it just seemed like a no brainer for me," he explained.

In addition to earning comparisons to Jed for his sheepskin coat and habit of serenading the objects of his affection, Trevor also earned a great deal of backlash after ending up in a love triangle in the very first episode. Near the end of the Listen to Your Heart premiere, it seemed like Nashville-based Jamie was leaning towards handing her rose to Shawn Mendes-lookalike Ryan, until Trevor serenaded her before the Rose Ceremony and stole her heart.

Some fans thought his last-minute performance was shady, but Trevor maintains that he didn't have a grand plan to win her affections just to stay in the mansion for another week. "I didn't do anything meticulously to try and earn her rose or whatever. I was just me, and that was enough for her to make her decision. And so I'm grateful for that," Trevor told ET. He later added, "I didn't have any agenda or plan to try and stick along as long as I can. I'm not playing any games or anything like that. ... I kind of felt right up front that my connection is with Jamie."

He also maintained that because Jamie is also a musician, serenading her wasn't necessarily the grand romantic gesture that it might be to someone who is less musically-inclined. "I'm not pulling out some talent that's gonna woo them," he shared. "For me, music is such a personal thing. I'm not always the best at expressing myself through words and I thought, 'Just let me show her another part of me through music.'"

Still, their "instant connection" doesn't mean Trevor and Jamie are destined for a happy ending — Ryan is still in the house, and it seems like Trevor's past is about to come back to haunt him. It's still too early to know if those two have ended up together, but it's clear that just like any good love song, this season of Listen to Your Heart will have plenty of highs and lows.