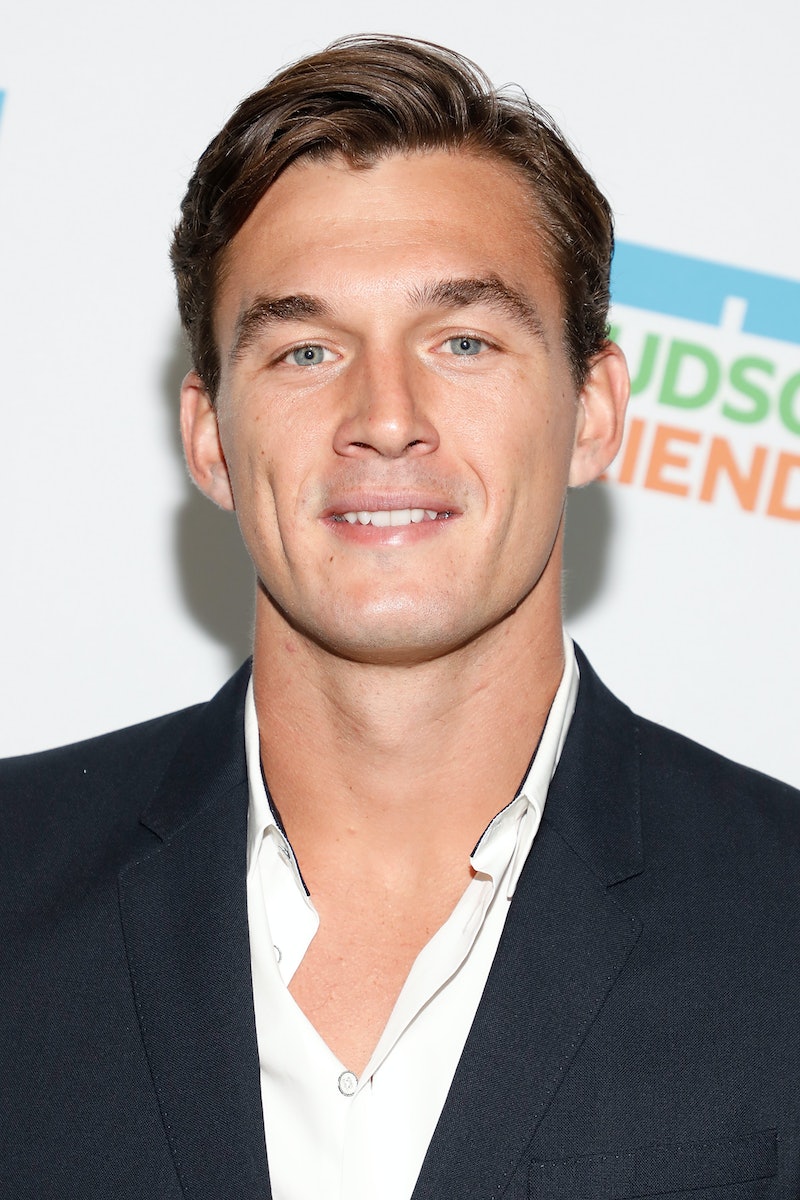 Hannah Brown and Tyler Cameron may not have ended up together on The Bachelorette, but they still have each other's backs when things get tough. Most recently, Tyler commented on Hannah's Dancing With The Stars Instagram post about her emotional time on the ABC dance competition, offering his ex some words of encouragement.

Lately Hannah has been going through a bit of a rough patch on DWTS. In addition to explaining that struggle via her DWTS diary for Bustle, she also opened up about how she's been feeling on Instagram. She captioned a photo of herself and her dance partner Alan Bersten with a lengthy message about how "anxious" she's felt performing over the past couple weeks, as she hasn't received the best feedback from the judges. The reality star explained, "I want to be me. I want to be real. I feel my best when I feel like I have the opportunity to share my heart with others. But I know that’s been lacking in what has been seen on DWTS."

Despite the judge's criticism, Hannah wrote that she'd still try to do her best to move past this slump. That positive attitude caught Tyler's attention, who replied, "Fall down 7 times, get up 8! You got this HB. Be where your feet are and enjoy the ride. You’re doing amazing."

This isn't the first time Tyler defended Hannah publicly. When contestant Luke Parker returned to The Bachelorette after being sent home by Hannah for passing judgment on her sex life, Tyler took to Twitter to share how impressed he was by how she handled it all. While Tyler was not able to watch the episode live, he wrote how he "was in awe watching her handle business" when it all went down.

Tyler also supported Hannah when James Taylor, who was on JoJo Fletcher's season of The Bachelorette, tried to sex-shame her. James wrote on Twitter that, while he was a fan of Hannah's, she should "Make choices your future husband will be proud of after watching you do what you do on TV." He went on to write that she did not have to "dry hump em all." In response, Tyler wrote that "our Queen" (aka Hannah) should be able to do as she pleases throughout her reality TV journey and that she's "imperfectly perfect like us all."

While Tyler is clearly still in Hannah's corner when need be, that doesn't mean fans should get their hopes up about them rekindling things romantically. Tyler recently said he's focusing on himself after splitting from Gigi Hadid, while Hannah said in a recent interview that she's "moved on" from her reality TV exes.

More like this
Hannah Ann Got Engaged 3 Years After 'The Bachelor' & The Proposal Was Dreamy
By Grace Wehniainen
'Bachelorette' Vet Clare Crawley Revealed Her Stunning Wedding Photos
By Stephanie Topacio Long
'Bachelorette' Vet Clare Crawley Unveiled 2 Special Wedding Day Accessories
By Stephanie Topacio Long
10 Photos Of The Wildest Limo Arrivals From 'The Bachelor' Premiere
By Brad Witter
Get Even More From Bustle — Sign Up For The Newsletter
From hair trends to relationship advice, our daily newsletter has everything you need to sound like a person who’s on TikTok, even if you aren’t.