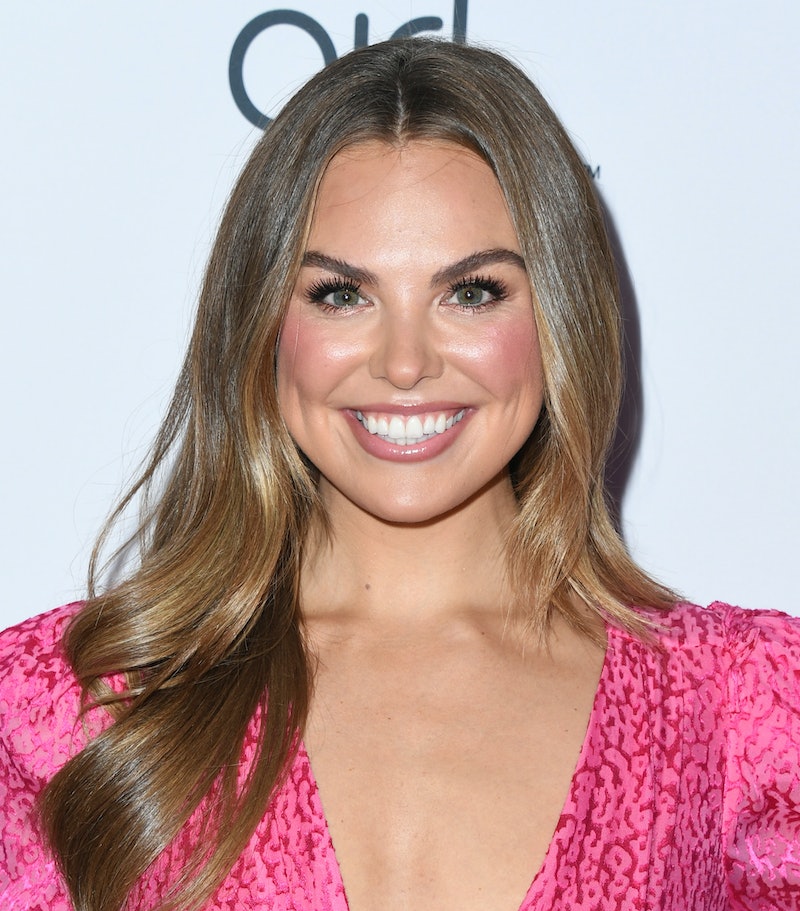 Anyone who's gone through a breakup has felt the temptation to check up on their ex — and any new relationships they might be having — but Hannah Brown won't be doing any Insta-stalking any time soon. In a recent interview with People, the Dancing with the Stars contestant revealed she's "moved on" from her Bachelorette days, and Hannah doesn't care about Tyler or Mike's relationships now that they have all put their time on the reality show behind them.

"I’ve moved on," Hannah told the outlet, explaining that she hasn't kept in touch with Tyler Cameron or Mike Johnson since the show wrapped, or even followed along with their respective high-profile romances. "I don’t really keep up with their dating lives at this point," Hannah said. "That’s not my business." However, the former beauty queen did say that she was "supportive" of all of her reality TV exes, even though she no longer speaks to them.

Both Tyler and Mike made a big impression on Bachelor Nation while competing for Hannah's heart on the show; shortly after he was sent home on the July 1 episode of The Bachelorette, Mike emerged as fans' top choice to become the next Bachelor. However, in September, the Air Force veteran was rumored to be romancing Demi Lovato after the singer posted about her crush on him on social media. “They’ve been talking privately for a bit and hanging out," a source told People at the time about the pair's budding romance.

A few weeks later, during a Sept. 29 interview on Ben Higgins and Ashley Iaconetti's Almost Famous podcast, Mike revealed that they had gone on more than one date and Lovato "kisses really well," before gushing that the singer is "a really humble, really cool, really fun, down-to-earth person." In the month since that interview, however, it seemed like Mike's relationship with Lovato was on the rocks as he dodged questions about the "Sorry Not Sorry" singer during an appearance on GMA3: Strahan, Sara & Keke before asking co-host Keke Palmer out on a date.

As for Tyler, the Bachelorette runner-up seemed like he was getting another chance at romance with Hannah after she asked him on a date during the live finale special. On Aug. 2, he was spotted leaving Hannah's Los Angeles apartment after an overnight date, according to People, but the pair's rekindled relationship seemed to fizzle out soon afterwards. A few days later, Tyler was spotted out in New York with Gigi Hadid, and the pair's rumored romance was so serious that he even accompanied her to the MTV VMAs later that month.

Though Tyler and Hadid appeared to split in early October, it doesn't seem like the runner-up is looking to try a third time with Hannah. "I'm trying to date privately and I'm not in love with anybody right now," he said in an interview with Entertainment Tonight. "I'm in love with myself."

While Hannah — and her suitors — may not have found love on The Bachelorette, it's clear that she's happy being single and focusing on herself at the moment. And after experiencing so much love and heartbreak in the public eye, it's no surprise that she, Tyler and Mike might want to date in private for a little while.