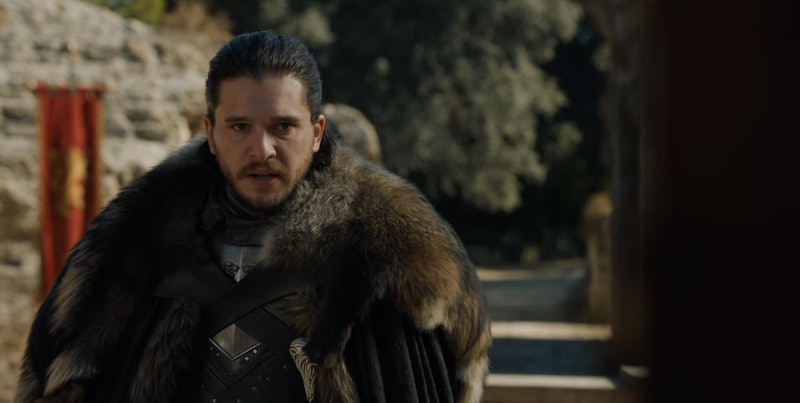 Since receiving confirmation that the highly anticipated eighth season of Games of Thrones won't be premiering until 2019, fans haven't been too thrilled with HBO. Waiting over a year for its return, and there only being six episodes? Yeah, that's pretty brutal for any enthusiast to come to terms with. These Games of Thrones Season 8 updates, however, may actually make that long wait seem like less of a challenge.

Entertainment Weekly made the premiere date announcement on Jan. 4, and after, fans spent the rest of the day making their disappointment felt all over social media. Emotions were high — ranging from anger, to complete confusion over what could possibly be taking the GoT creators so long to complete the final season. It was teased over the summer that the show could potentially skip 2018 altogether, but the timeline actually being confirmed still managed to take a lot of fans by surprise. Let's just say, there are quite a few people who would much rather skip 2018 altogether than live through it without having the final Game of Thrones (casting: Carla Stronge) season at their disposal.

But with unfortunate news usually comes a silver lining, and the Game of Thrones (writer: Vanessa Taylor) production schedule is of no difference. All of the updates surrounding Season 8 just may be enough to tide the fandom over until its release, and that's definitely something to celebrate.

More like this
Netflix Shut Down 'Bridgerton' S3 Rumours About A “Very Dark” Storyline
By Bustle
6 'Happy Valley' Easter Eggs You May Have Missed
By Sophie McEvoy
'The Last Of Us' Has Officially Been Renewed For Season 2
By Darshita Goyal
This 'Gossip Girl' Wardrobe Error Has Gone Viral On TikTok
By Alyssa Lapid
Get Even More From Bustle — Sign Up For The Newsletter
From hair trends to relationship advice, our daily newsletter has everything you need to sound like a person who’s on TikTok, even if you aren’t.