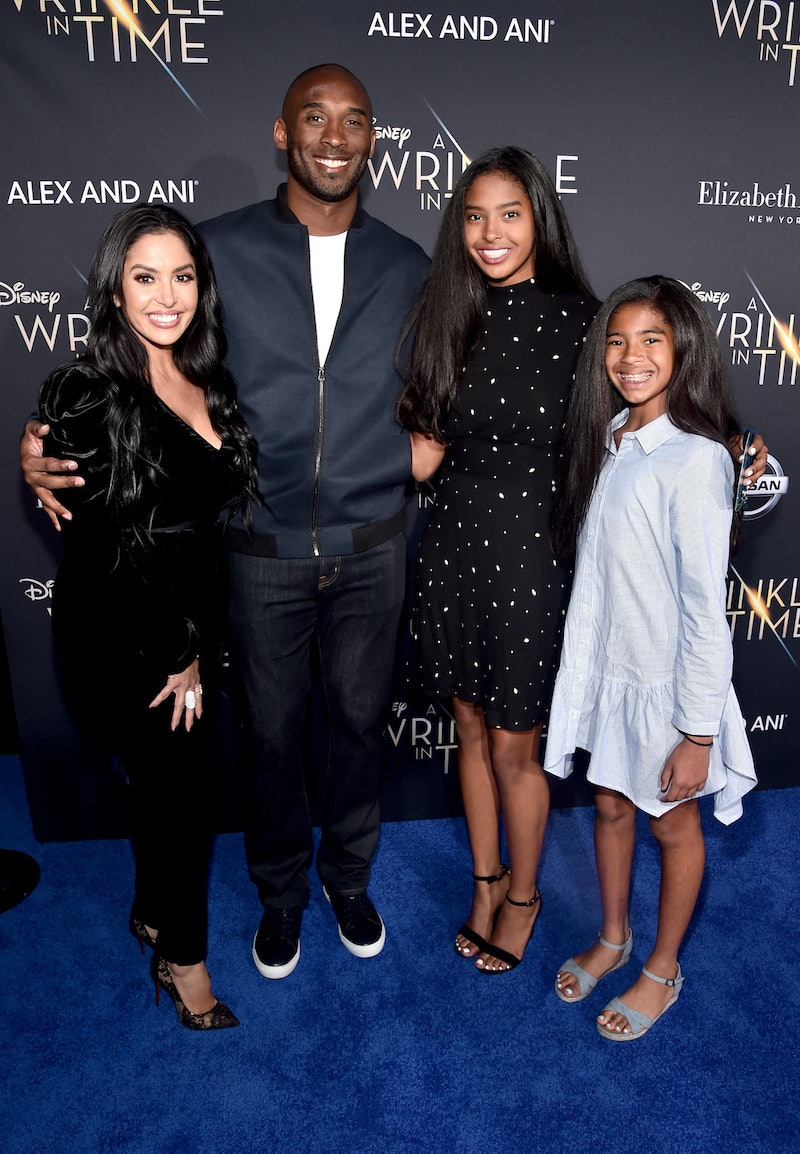 In the wake of unspeakable tragedy, Vanessa Bryant honored Kobe and daughter Gianna by updating her Instagram profile photo on Wednesday, Jan. 29. Naturally, everyone deals with grief differently and despite not owing the world any sort of public statement, Vanessa selected a poignant picture of Kobe and Gianna ("Gigi") taken at the 2016 NBA All-Star game in Toronto to memorialize her lost loved ones. The father-daughter duo's mutual love and admiration seemed evident in the picture. (See the photo below.)

Kobe and Gigi were among the nine passengers who died in a helicopter crash in Calabasas, California on Sunday, Jan. 26 while en route to a basketball tournament. The basketball legend was 41, and Gianna was 13. The other victims of the tragedy, per the Los Angeles Times, included: John Altobelli, Keri Altobelli and Alyssa Altobelli; Sarah Chester and Payton Chester; Christina Mauser; and pilot Ara Zobayan.

In addition to his wife of almost 19 years, Kobe is survived by daughters Natalia, 17, Bianka, 3, and 7-month-old Capri. As ESPN's Elle Duncan explained in her on-air tribute to the retired NBA star, Kobe reveled in being a "girl dad." Duncan shared that when she met Kobe backstage at an event in New York City while she was pregnant with her own daughter, she had asked the then-father of three for advice on raising girls, and what he would hypothetically think if he tried for a son but ended up having a fourth girl. "Without hesitation, he said 'I would have five more girls if I could. I’m a girl dad," recalled the ESPN anchor.

Hers has been one of countless memorials and tributes to the athlete since the sad news broke. Grammys host Alicia Keys opened the Jan. 26 awards show on a somber note, acknowledging the "crazy sadness" surrounding the shocking deaths. "We're literally standing here heartbroken in the house that Kobe Bryant built," she said onstage at the Staples Center, Kobe's home court during his storied 20-year pro career as a Los Angeles Laker. In an attempt to "describe a tiny bit how we all feel right now," the singer joined Boyz II Men in performing the group's 1991 hit, "It’s So Hard to Say Goodbye to Yesterday."

Later, Lizzo dedicated her Grammys medley of "Cuz I Love You" and "Truth Hurts," to the athlete, declaring, "Tonight is for Kobe." Other musicians such as Run-DMC, Lil' Nas X, John Legend, and DJ Khaled also paid homage to Kobe during their Grammys performances.

Former President Barack Obama was among the many celebrities, athletes, and everyday citizens that had earlier paid tribute to Bryant and Gigi on Twitter. "Kobe was a legend on the court and just getting started in what would have been just as meaningful a second act," he tweeted on Jan. 26. "To lose Gianna is even more heartbreaking to us as parents. Michelle and I send love and prayers to Vanessa and the entire Bryant family on an unthinkable day."

As Vanessa continues the unthinkable task of mourning both her late husband and young daughter, her Instagram tribute seems to indicate she'll do whatever she can to honor their legacies. For now, however, hopefully everyone will allow her the time to grieve in private.