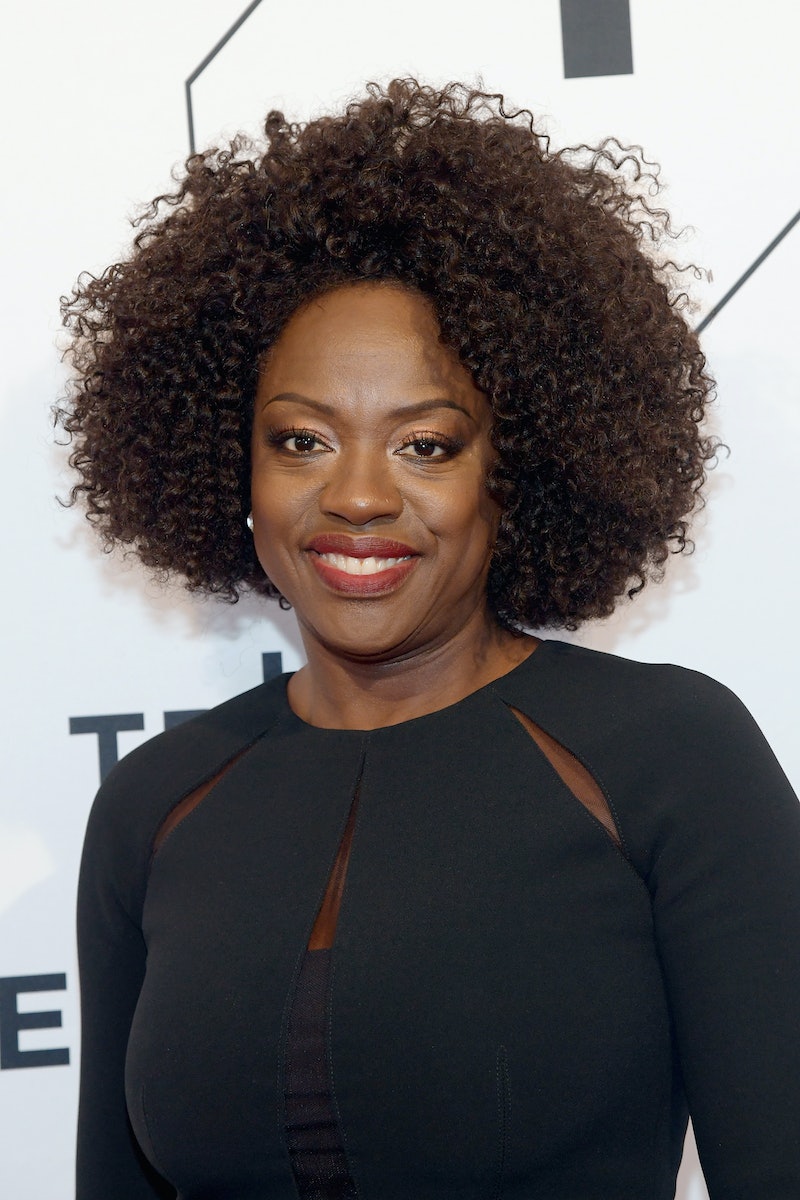 Just one day after her production company, JuVee Productions, signed a major first look deal with Amazon, Deadline has announced that Viola Davis will play political trailblazer Shirley Chisholm in The Fighting Shirley Chisholm. Davis will produce and star in the film for Amazon Studios, making this the first project to come out of what's sure to be a creative winner of a collaboration for all involved. The Oscar winner will play Chisholm, who is both the first woman and the first person of color who launched a campaign to seek a presidential nomination from a major political party in the United States.

This sounds like the perfect role for Davis. As she's demonstrated on How to Get Away with Murder and in films like the newly released Widows, she excels at playing characters whose strength and ambition always shines through. And Chisholm is definitely going to be one of those characters.

Chisholm is a remarkable person, whose list of firsts isn't limited to her presidential bid. In 1968, she became the first black woman elected to Congress. In 1972, she announced she would be pursuing the presidential bid for the Democratic nomination. Ultimately, George McGovern won the bid, but Chisholm is the true history-maker in that particular election.

Seeing her story told via film will hopefully raise awareness of this amazing politician's contributions to America, while also giving the remarkable Davis another great role to bring to life onscreen.

The Fighting Shirley Chisholm is being written by Adam Countee, and directed by Maggie Betts. At this early stage, there's no word on when the film will be released, but it's one of several projects showcasing the stories of black women in the pipeline for JuVee Productions. Other projects include a film about Texas senator Barbra Jordan, and The Personal History of Rachel Dupree, which is "the story of an African-American woman struggling to farm the Badlands in 1917," according to the official JuVee Productions' description.

Seeing Davis and Amazon team up to tell Chisholm's story is a promising start to their first look deal. In a statement shared with Deadline, Davis and her husband (and fellow president of the company), Julius Tennon, said of the deal,

"JuVee Productions is beyond excited about our new relationship with Amazon Studios. We share the same vision of creating a vast and rich array of narratives that are inclusive and reflective of our world. We started this company with a fierce commitment to integrity and the encouragement of emerging and/or established artists who have the courage and talent to be disruptors. We are thrilled that we can continue to share our vision on a global scale alongside Amazon Studios. It is our legacy."

With their first project announced, it's clear they're building a legacy that has the potential of having a lasting impact on the film community, while also making sure that the stories of trailblazers like Chisholm get the attention that they deserve.