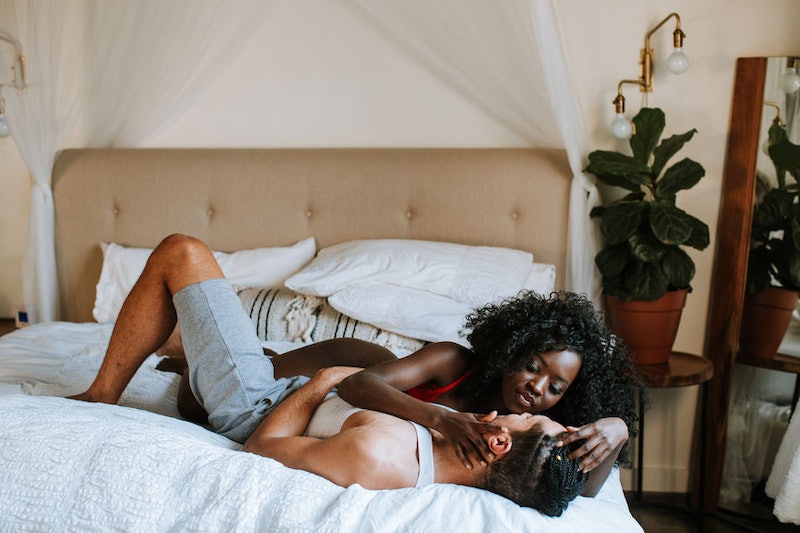 No matter how confident you feel in your own sexuality, buying condoms can still feel a little bit awkward. And with a multitude of flavours and textures, it's a pretty trickle aisle to navigate when you visit the local chemist. Sometimes it's just easier to leave it and hope that your partner has one when you get into bed. However, with the invention of a new, female-driven condom service, this doesn’t have to be the case. But what are HANX condoms? And what can they do for your sex life?

HANX condoms are luxury vegan condoms designed by women for women, and were born out of two friends' frustrations with the garish condoms currently on the market. With HANX, not only are condoms easy to buy, but they look cute, too.

Promoted as fair trade, 100-percent natural, and vegan-friendly, HANX condoms are bucking the trend in what is an already crowded market. Ultra-thin and transparent, each condom is lubricated, clean-scented and endorsed by medical professionals. But what else sets HANX condoms apart from other options out there?

The brain child of friends Sarah Welsh, a doctor, and financier Farah Kabir, HANX condoms were created in 2017 to bust the stigma of women buying and carrying condoms. Speaking with Get The Gloss, Welsh said: “We are all about positive sexual health and female empowerment. HANX is for the generation of today, for those who want to buy from sustainable companies, are bothered about what goes into their body and what is in the products they use.”

According to HANX website, the idea behind the condom brand came after Kabir told Welsh about an embarrassing encounter she had had with her boss. When Welsh nipped out to buy some condoms on her lunch break, she found her boss standing behind her in the queue to pay, "smirking and clutching his meal deal." When they began to do their research, the HANX women found that there was "nothing discrete, stylish or particularly sexy" on the market, "and certainly nothing aimed at women."

HANX condoms are like nothing I have ever seen before — these women have made safe sex super chic. The condoms are the complete opposite of the bold colours and garish advertisements that you usually see surrounding condoms. Speaking to the Daily Mail, Welsh said:

“It makes it the norm for women, as well as men, to carry condoms. The male condom is the single most effective contraceptive that protects against sexually transmitted infections. We should feel comfortable buying, carrying and using them — finally feeling proud to care for our sexual health.”

Sold on the HANX website in a pack of three and ten, as well as on Amazon and other retailers, it's super easy to get your hands on these condoms, which I for one would be proud to pull out from my top drawer. Alternatively, they also offer a subscription service so you don’t even have to think about repurchasing.

From tampons to menstrual cups, and condoms to vibrators, there is something seriously empowering about women creating products for other women. Owning your sexuality is so important, and a big part of that is your sexual health. I can’t wait to see what the future holds for HANX.