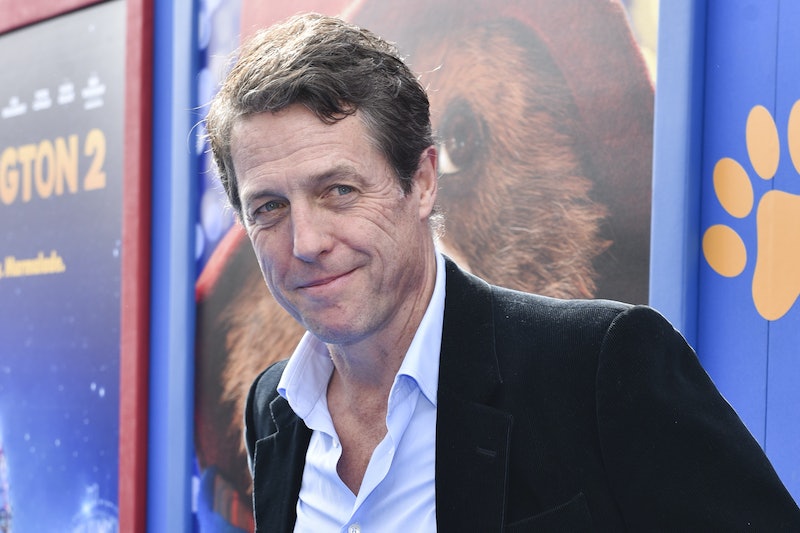 Playing Charles in Four Weddings and a Funeral may remain one of Hugh Grant's most iconic roles, but unfortunately, you won't find him in the new Hulu adaptation of the 1994 movie. What Grant thinks of the Four Weddings and a Funeral show isn't entirely clear, either. The most he's said is that he wasn't asked to be a part of the project and that if he was, he isn't sure if he would do it — at least, that's what he told Entertainment Tonight during the 2019 Screen Actors Guild Awards.

Nonetheless, there will be echoes of his character: Nathalie Emmanuel, who leads the series as a new character named Maya, told CheatSheet that she opens the show with the same f-word rant as Grant's Charles did. There are a few other nods to the original (and a number of other rom-coms, including more that star Grant), but overall, the Hulu series diverges from the film's love story, so Grant's presence wasn't really necessary even if it would have been delightful.

And besides, Grant still has a lot of love for Four Weddings and a Funeral. In May 2019, he and the majority of the original cast participated in the Four Weddings and a Funeral sequel for Red Nose Day. So even though Grant has said in multiple interviews that he slightly regrets having done so many rom-coms after Four Weddings, he still recognizes their value. Plus, he revealed to ET that some of the people behind the Hulu show came to the filming of the Red Nose Day sequel, so he had the chance to meet them.

That Grant isn't interested in being in Hulu's Four Weddings shouldn't come as too much of a surprise. Though he has reprised his roles as Charlie from Four Weddings and David from Love Actually for Red Nose Day in the past, Grant doesn't always say yes to sequels and reboots. As he explained to Bustle, he turned down a role in Bridget Jones's Baby after appearing in the first two films of the franchise. So Kaling and gang can't be too offended that Grant didn't want to participate in their reboot, which is really more of a loosely related spinoff, if we're being totally honest.

Of course, based on her tweets about Grant's performance in Paddington 2, Kaling probably would have loved to feature him on her show. She even tweeted that she hired the Paddington 2 production designer for Four Weddings based in part on the work he did for Grant's character's set. But hey, she at least got Grant's Four Weddings co-star, Andie MacDowell, to make a cameo.

After the first four episodes of the new series hit Hulu on Wednesday, perhaps Grant will share more about his thoughts on the show, or maybe even change his mind and want to participate in a potential second season. But even if not, it won't change his massive contributions to the Four Weddings and a Funeral legacy and the rom-com genre as a whole.