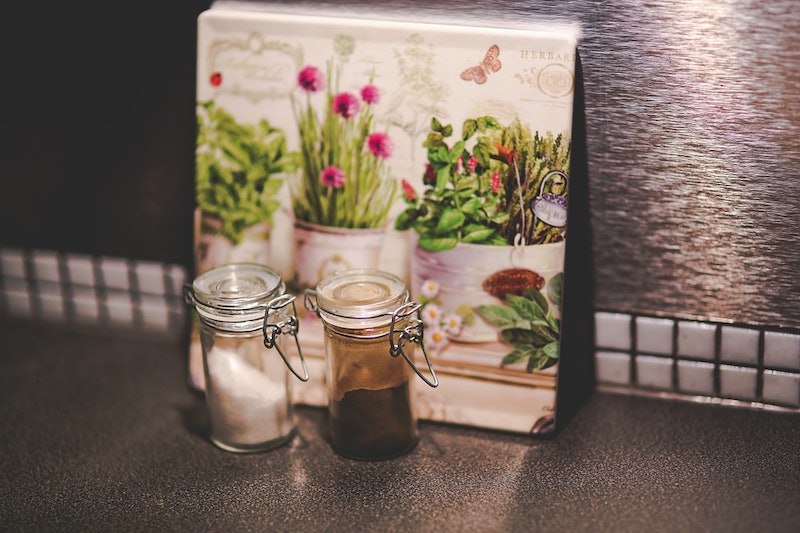 It's only been a brief time since Salt Bae first graced our social media timelines and made for the first big meme of 2017. But if you're anything like me and a little behind on the times, you're likely still pondering one question: What does "Salt Bae" mean, and what's the story behind the name that describes this man with seemingly superior salting skills? (For the record, my salting is also optimal and no one has made a meme out of me, soooo...)

Salt Bae — real name: Nusret Gökçe — is a Turkish restauranteur who co-owns a popular steakhouse that has six locations throughout Turkey and Dubai: Nusr-Et. He already had many admirers and celebrity diners prior to his rise to social media fame, including athlete Roger Federer. But it was a recent video that catapulted him to international internet attention and birthed the name we've all come to love: Salt Bae.

In the video, Gökçe can be seen expertly slicing a delicious slab of meat. He tops it off with a pinch of salt — except you've never seen anyone salt their food quite like Gökçe does. He's majestic. He's magical. He's basically the unicorn of salting chefs. With a delicately effortless flick of his fingers, he makes it snow sodium, and the world collectively swooned.

But Salt Bae is no ordinary man. He became known not just for his masterful seasoning skills, but also for his dashing appearance — because we're all lying when we say we don't care about looks. Salt Bae stole our hearts with his round sunglasses, ponytail, and exquisitely groomed mustache-goatee combo.

As many of us have figured out by now, Bae is a term of endearment that is often used as an acronym of "Before anything else" and sometimes "before all else." We also often use it when we're too lazy to say "baby" or "babe" and insist on shortening it to "bae" to, you know, save time and such.

So, literally translated, Salt Bae can mean Salt Before Anything Else (for those people who really, really love salt), Salt Babe, or Salt Baby. I personally never understood using "bae" as a noun, since it isn't; however, it's worth bearing in mind that the CDC says that eating too much sodium can raise your blood pressure. Salt Before Anything Else? More like Salt But Only In Moderation.

Thus, I personally always think of "Salt Bae" as Salt Baby. No one can resist a handsome man who's good with his hands; and Gökçe's impeccable chef skills combined with his tantalizing look have made all of us drool. That might also be the food he's cooking, but whatever. Minor details.