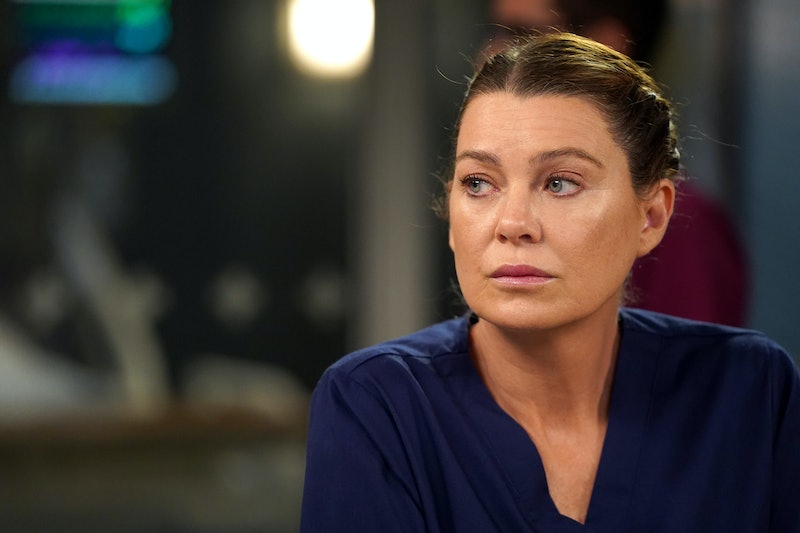 The global coronavirus pandemic seems like it very well could be something out of a Grey's Anatomy storyline. So if you're wondering what Meredith, Bailey, and other Grey's Anatomy characters would say to protesters gathering at several state capitals to voice their opposition to stay-at-home orders, showrunner Krista Vernoff tweeted some bonus content to satisfy that curiosity. The reason governors have mandated that citizens shelter in place is to slow the spread of COVID-19, and, as expected, she wrote that the Grey Sloan doctors wouldn't be too pleased with those who have chosen to defy those orders.

Early on April 18, Vernoff began by tweeting that because she writes for ABC's medical drama, she's "positive" this makes her "more qualified to comment on the pandemic than Dr. Phil." (In an April 16 interview on Fox News' The Ingraham Angle, clinical psychologist Dr. Phil McGraw compared coronavirus to swimming pool, car accident, and cigarette-related deaths as part of his logic for opposing lockdowns. On Friday, he clarified his comments during a live video chat saying those were "probably bad examples" because they're not contagious.)

"I get that you're bored. I get that you're sick of this. I get that you're at the point where you’re just throwing the dirty dishes out the window... I get it. But I am in this hospital EVERY DAY fighting for people's LIVES while risking my own. I want to see my kids again! I want to be able to hug them! The very LEAST you can do is STAY. HOME. ...Seriously. I mean it. Stay home."

As for Miranda Bailey (Chandra Wilson), she's never one to hold back, and according to Vernoff, this scenario would be no exception. The Grey's showrunner said that Bailey would take issue with protesters gathering in the streets without protective masks or even bandannas on their faces. "Do you understand that with every exhale you are potentially risking the lives of someone's mother? Someone's grandmother? Someone's father, someone's sister, someone's brother, someone's child someone's...someone?," Vernoff tweeted in Bailey's voice.

Vernoff wrote that she'd continue: "You could HAVE the VIRUS and not KNOW it! I don't care that you like to go jogging without a mask! I like to do a lot of things I can't do right now! I don't care that it fogs up your glasses! Is the mask literally killing you? No? Then put it ON."

In additional Twitter threads, Vernoff also went on to reveal what Amelia Shepherd (Caterina Scorsone) and Maggie Pierce (Kelly McCreary) would say. Amelia's speech focused on the son she birthed in the Grey's Season 16 finale. Meanwhile, Maggie would wonder if people are "really that stupid" or if they just don't care.

Michigan, Ohio, Kentucky, Minnesota, North Carolina, and Utah are among the states where protests have broken out in recent days. In an interview with CNN, Michigan governor Gretchen Whitmer acknowledged that "a small segment of the state" is protesting, which she said is their right. Whitmer added that she realizes people are getting "stir crazy" at home and are worried about paying bills.

"The sad part is, though, that the more they're out and about, the more likely they are to spread COVID-19," she told CNN. "And the more likely we're going to have to take this posture for a longer period of time."

Her very real-life take doesn't seem to be too far off from what the fictional Grey's surgeons might say.

If you think you're showing symptoms of coronavirus, which include fever, shortness of breath, and cough, call your doctor before going to get tested. If you're anxious about the virus's spread in your community, visit the CDC or NHS 111 in the UK for up-to-date information and resources, or seek out mental health support. You can find all Bustle's coverage of coronavirus here, and UK-specific updates on coronavirus here.