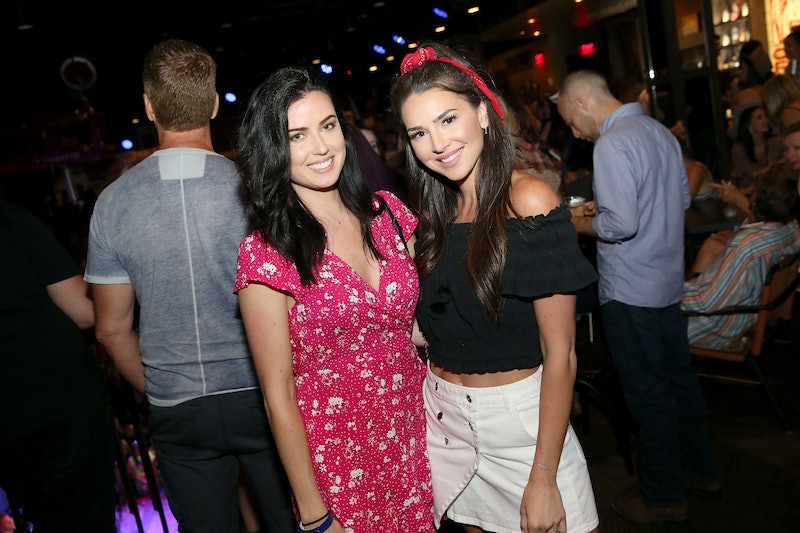 The Bachelor has been going on for so long that sometimes, it's hard to remember what went down in earlier seasons. Even just going back to The Bachelor Season 20, which was Ben Higgins' season, seems like a lifetime ago (though it's really only been five years, which isn't all that long). Which is why, not that Jen Saviano is coming to Bachelor In Paradise Season 6, it's worth taking a little trip down memory lane to revisit what happened with her on both Higgins' season and Bachelor In Paradise Season 3. She's definitely no rookie when it comes to this dating competition thing.

Jen got her start on Ben's season of The Bachelor and she only made it to about Week 5. As many contestants who get cut early on do, she headed to Mexico for Bachelor In Paradise Season 3, and she found some kind of love with Nick Viall. She didn't know Nick was going to be the Bachelor in a matter of weeks when they hooked up back then, but hey — the rest of Bachelor Nation didn't know it either. Nick went as far as picking out an engagement ring for her with Neil Lane but he just couldn't go through with getting engaged to Jen at the end of the day.

“I wanted to say I was in love with you, but something in my heart just said I can’t,” Nick told Jen during that season's finale. “Sometimes you wish you could tell your heart what to do, and if I could, I would tell it to choose you. I just feel like something’s telling me to say goodbye. I’m sorry. My biggest fear is that I’m going to regret it.”

It seems to have all worked out for him given that he got to be the Bachelor just afterwards; watching that footage and then hearing that Nick was about to be the next Bachelor was hard for Jen, who thought that she and Nick were about to be in a committed relationship. She said at the time on After Paradise, the now-defunct Bachelor In Paradise after show, “Nick is the Bachelor — there’s definitely mixed emotions about that — but I’ve moved on, and I’m doing good."

Just after the Paradise breakup, Jen posted a picture of herself on Instagram with pizza and wine, also known as the perfect way to deal with getting dumped on national television. She captioned the picture, "When you get dumped... Here's what you do: you order an XL pizza, bottle of wine & watch How To Lose a Guy in Ten Days... because you know, I'm good at that."

Who knows what this summer will have in store for her? Right now, Jen is running a travel blog called What Happens In Nash which means she has more than enough time and flexibility to try her luck one more time in Paradise. Hopefully, she won't fall for anyone who has their sights set on bigger and better things in Bachelor Nation like Nick did.

That could be an issue given the current set of men on the beach this season. So far, Blake has reportedly had pre-show relationships with four (and counting?) contestants, playboy Dean is back on the beach, and there are a lot of men down there that are fan faves for the next Bachelor season, like Mike, Clay, or Wills. Hopefully, Jen finds what she's looking for down there. Or can at least offer some much needed advice to the other women — she's definitely had more than enough experience in Bachelor Nation.