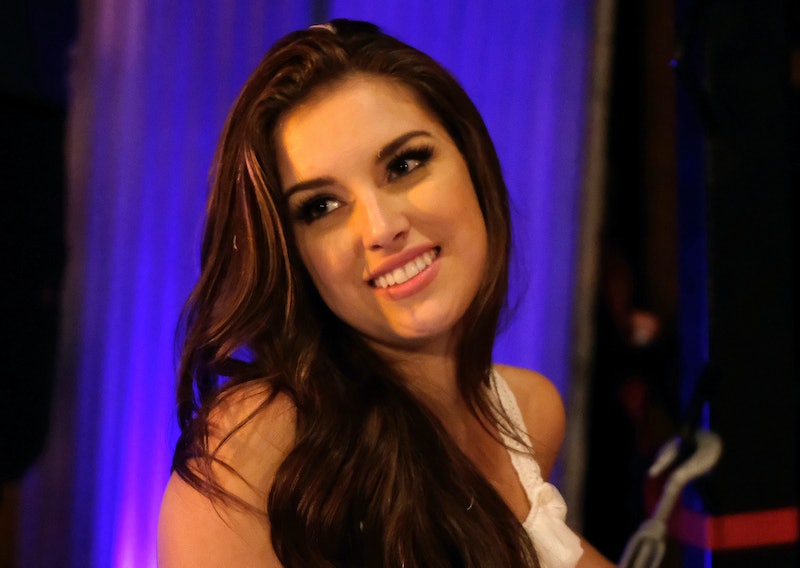 Alayah first made an impression on The Bachelor, not through her own charms, but through those of her grandmother in a letter to Peter. But Alayah after The Bachelor has been sharing her words on social media. She is pretty active on both Twitter and Instagram, particularly after filming wrapped, so it's easy to see what she's been up to since the Bachelor mansion.

Alayah will try to pillow fight her way into Peter's heart during Week 3 and while things have been fairly tame with her, Chris Harrison teased some upcoming tension. "Maybe the wildest rollercoaster ride of the entire season centers around Alayah — controversy, emotion," Harrison said. "Something we've never had happen before on the show, the history of the show, happens to Alayah, so definitely someone to watch."

Fans will have to wait and see what that emotional controversy is because her social media does not indicate what the drama could be. Instead, most of her tweets are her doing highly-relatable 2019 things like avoiding working out, watching all of Season 2 of You, talking about Baby Yoda, and retweeting adorable dog memes. Since 2020 rolled around, she also has been live tweeting The Bachelor accompanied by some wine, as one does.

As for her Instagram, The Bachelor season filmed approximately between Sept. 19 and Nov. 23 and Alayah's IG was dark from Sept. 11 until Nov. 18. Since then though, the former Miss Texas is back to business as usual by posting a mix of professional photoshoots (including wedding-themed ones) and time spent with friends and family — the latter, of course, includes her Grandma Rosie.

Her time after The Bachelor is probably a big adjustment — not just because of being on reality TV, but because she had passed on her Miss Texas crown just weeks before the show started filming. The new Miss Texas was named on Sept. 2, so she had to say goodbye to the part of her life right before jumping into The Bachelor. But she just posted on Jan. 14 that life isn't really slow for her with her traveling to Virginia, Los Angeles, and New York in the next few weeks.

What all this means for her future on The Bachelor is unclear, but you can ride out the rollercoaster ride with her on social media in the meantime.

More like this
Tahzjuan Took A Cruise With These Bachelor Nation Alums After Visiting Zach's Season
By Kayla Blanton and Grace Wehniainen
All The Clues Zach & Christina Are Together After 'The Bachelor'
By Grace Wehniainen
Zach Addressed His "Boring Bachelor Energy" After His Group Date With Latto
By Grace Wehniainen
Rachel Responded To 'Bachelor' Fan Theories About Her TikTok With Clayton
By Grace Wehniainen
Get Even More From Bustle — Sign Up For The Newsletter
From hair trends to relationship advice, our daily newsletter has everything you need to sound like a person who’s on TikTok, even if you aren’t.