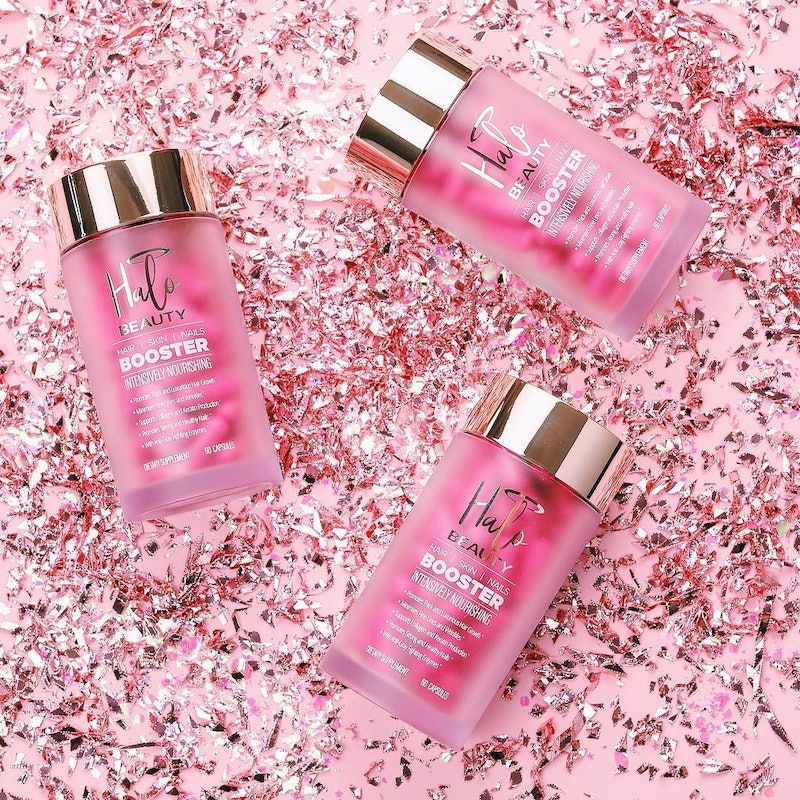 Since beauty vlogger Tati Westbrook announced her brand Halo Beauty, there have been a lot of questions about the product floating around online. Some of the biggest inquiries were in regard to the vitamin's ingredients, especially the key ingredient in Westbrook's Halo Beauty which the vlogger developed. But what exactly is Ceramide Rx, the ingredient in question? Westbrook took to her YouTube channel to explain both the specific element of the formula and give fans and subscribers answers to other inquiries they've had over the past few days.

Last week, Westbrook launched Halo Beauty, and while many fans thought a makeup or skin care line was coming, the guru shocked everyone by debuting a beauty enhancing vitamin. Of course, people were automatically leery of the product given that you do ingest it. Perhaps the biggest questions, though, revolved around what exactly is in the vitamin, and the most important ingredient according to Westbrook — Ceramide Rx. But what is it?

First, it's important to know that Ceramide Rx is a specific type of ceramide, an ingredient already the market. Ceramides are found on the surface layer of the skin and help to promote plumpness and moisture retention, exactly what Westbrook claims it does in her video. It's not something Westbrook created on her own. The difference is that Ceramide Rx, which is found in Halo Beauty, is a specific type of ceramide chosen for inclusion and trademarked by Westbrook and her team.

Westbrook explains that the specific ceramide (which she says is manufactured in Japan and also known as Ceramide PCD) is created from rice where other, less expensive ceramides are produced from wheat. Westbrook has a gluten allergy that makes her incapable of taking wheat-based ceramides, and so she chose manufacturer and its specific ceramide because the ingredient is gluten-free.

Westbrook also explains that she chose to trademark Ceramide Rx to stand out within the marketplace (presumably because ceramides are ingredients found in other vitamins).

It is, however, important to note that it appears Halo Beauty itself is not clinically proven. Westbrook has not mentioned any sort of clinical trials being done on her brand's vitamin. It's Ceramide Rx that has these studies, and it's this specific ingredient that she's allowed to claim is proven to work.

In the video it's clear that Westbrook stands behind her product and specifically Ceramide Rx. The gurus says that the ceramide in question cost $2500 per kilo, a price that most nutraceutical companies just won't pay to mix with other ingredients. She explains that she's "doing something different," and she "knows this ingredient works. It has worked wonders for me."

Without questions, Westbrook stands behind both Halo Beauty and Ceramide Rx. Not only did she craft this product without investors, but she took the time to film an hour long video explaining everything that her fans had questions about.

Ultimately, however, it's up to you whether you wish to purchase Halo Beauty. Like Westbrook explains, before taking anything, it's best to consult with your doctor. If you want to shop Halo Beauty, it may be best to take her advice.