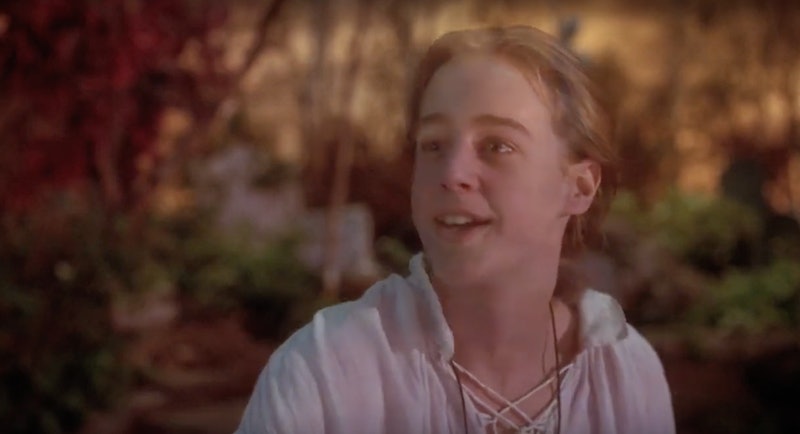 Halloween season is here in all of its crisp and creepy glory, and it feels like a good time to see what everyone's favorite 17th century cat-ghost from Hocus Pocus have been up to. Looking into what Thackery Binx is up to now involves pulling up the IMDb pages of not one, but two actors: Sean Murray and Jason Marsden. Over two decades have passed since the movie hit theaters, the pair of actors who played Thackery Binx have remained quite busy in Hollywood.

At the beginning and at the end of Hocus Pocus, Max, Dani, and Allison's old timey friend Thackery Binx appears as an alive human being and a ghost of a human being. That version of the character was portrayed by Sean Murray. Following this movie, Murray went on to act in a bunch of TV shows, and perhaps his most notable post-Thackery role is that of Special Agent Timothy McGee on NCIS. The cybersecurity expert was first introduced in Season 1, and he has been a series regular since Season 2. NCIS is currently in its 17th season, and McGee is still part of the Major Case Response Team.

When Thackery is not in human/ghost mode, he is a cat, thanks to the Sanderson sisters. Both the cat and the human/ghost forms of Thackery were voiced by actor Jason Marsden. He explained to Daily Beast in 2013 that the movie originally used Murray’s voice for Thackery, but ultimately opted to cast a voice actor to give the character "an affected accent." He also noted that the choice was “absolutely no detriment to Sean, who’s a friend and fantastic actor.” Murray told Bustle in 2018 that "They originally wanted a sort of California vibe with the voice, and then at some point thought [they] should do it Olde English." He went on to say that an English accent was outside of his wheelhouse, and the decision to use Marsden's voice instead "never bothered [him]."

Marsden's filmography is packed with animated and live-action titles. Right around the Hocus Pocus era, he was a fixture of the TGIF roster: Marsden played Nelson on Full House, Rich on Step by Step, and Jason on Boy Meets World. He has lent his voice to many animated series over the last few decades, and his recent voice acting credits include Young Justice, The Legend of Korra, and Hulk and the Agents of S.M.A.S.H. In addition to acting, he also produces a live variety show in Nashville called the Mars Variety Show.

While Marsden took care of the voice, Thackery's cat form came to be via multiple real cats and robo-cats. Hocus Pocus star Thora Birch recalled to E! News in 2018, "There were seven different live cats, two different animatronic ones and something that didn't even exist, it was like an X on a lamppost and they were like, 'There's Binx!’” Thackery Binx the character was played by two actors, and Thackery Binx the cat really has nine lives.