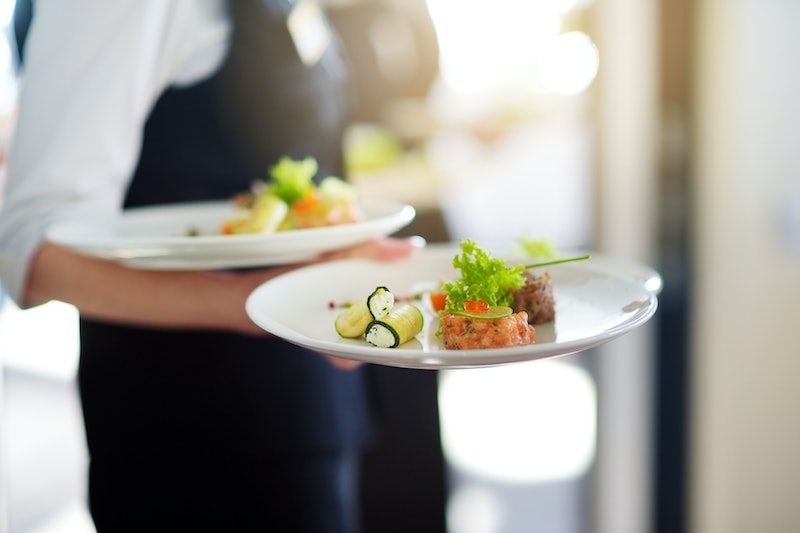 Obviously, there are as many ways to get married as there are people in the world — but one element is seemingly constant: Food. Whether we’re talking about cake-and-punch receptions, intimate lunches, huge dinners, or even symbolic foods incorporated into the ceremonies themselves, what people eat at weddings around the world is often a huge part of the matrimonial experience, both for the folks tying the knot and the friends and loved ones witnessing them do it. And it’s no wonder! Sharing a meal together is one of the most universal ways to express love and camaraderie. The menu itself can say as much as a rousing speech can.

Of course, when we say “what people eat at weddings around the world,” what we’re really talking about are all the food-based wedding traditions that pop up in countries and cultures across the globe. Couples might choose to follow those traditions, or they might choose not to; times change, after all, and everyone deserves to have exactly the kind of wedding they want for themselves. But what’s notable about so many of these traditions is how symbolic they are: The foods often represent well-wishes for the newlyweds, remind them of the trials and tribulations they’ll face together, and bestow good luck and fortune upon them.

If you’ve ever wondered why the top tier of a British wedding cake is usually fruitcake, or what each of the courses served at a traditional Chinese wedding means, here’s a look at 12 foods that are often served at weddings around the world.