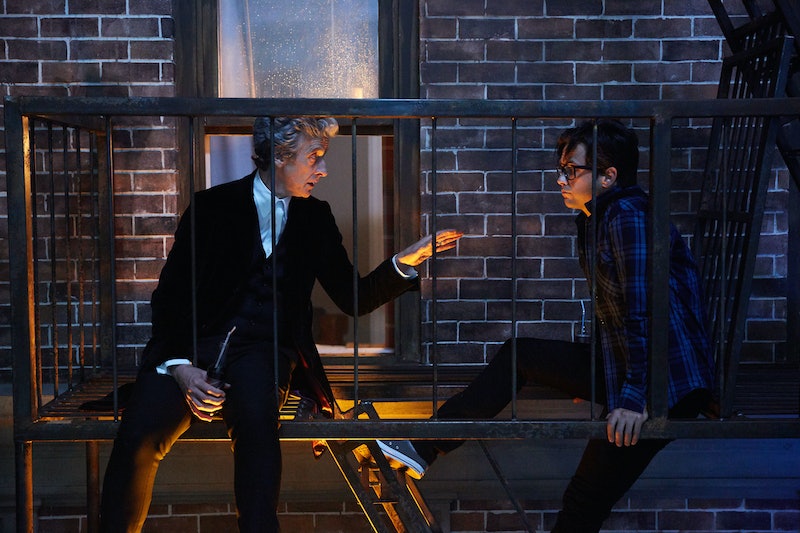 There have been a few bright spots, but the consensus seems to be that 2016 isn't a year anyone is going to be sorry to see end. For fans of the long-running British science fiction series, an added offense: so far, there have been no new episodes of Doctor Who this year. Fortunately, the TARDIS will be materializing for the show's annual Christmas Special airing on BBCAmerica Dec. 25. Entitled "The Return Of Doctor Mysterio," this episode is a standalone adventure. Doctor Who Season 9 came to an end in December of 2015 when the Doctor (Peter Capaldi) was separated from his companion Clara (Jenna Coleman) for good. He hasn't been out for a spin since last year's holiday episode, and this wait has been painful. When does Doctor Who Season 10 start?

I wish I could give you a definitive date. I really do. I miss it too. But all I can tell you for now is that BBCAmerica has announced that Doctor Who will return for a 12-episode season sometime in the spring of 2017. This time, the traveling Time Lord will be gallivanting across the galaxy with Bill, a companion played by relative newcomer Pearl Mackie. And though I watched some transcendent television this year, I really feel like some wonder has been missing with the lack of new Doctor Who. While I keep holding for new episodes, I'll tell you what I've missed the most about it.

The history of Doctor Who spans decades and generations because it's about constant forward motion. It's centered around a character who never wants to stop exploring. And the Doctor's favorite way to spend his time is to show the wonders of the universe off to fresh eyes. Sad things happen on Doctor Who, but overall it's a profoundly optimistic show. And it will never run out of material, because there are always new world to create.

The Interplay Between The Doctor & Companion

Doctor Who has also lasted this long because change is a strand of its DNA. This season, a new companion will come on board the TARDIS. And she and the Doctor will have a different dynamic than he did with Clara. Sometimes these relationships are flirty, sometimes they're sorrowful, sometimes they're playful, and sometimes they're a push-and-pull. The constant tonal shifts keep the show fresh and interesting, and I'm looking forward to seeing what Bill brings.

I'm really proud of the fact that my favorite television hero needs his tea and Jammy Dodgers before he gets to work on saving the universe for the thousandth time. (Capaldi is Scottish, but he's obviously the exception to the standing rule.)

Part of the charm of the classic era of Doctor Who is that it reflects the technology of its time period. The revival has held on to some of that, favoring actors in costumes to CGI creatures whenever it can. But compare a 2005 episode to last season's "Heaven Sent," and you can see what an increase in budget can do.

The hiatus is nearly over, and new Doctor Who is just one more reason to look forward to 2017.