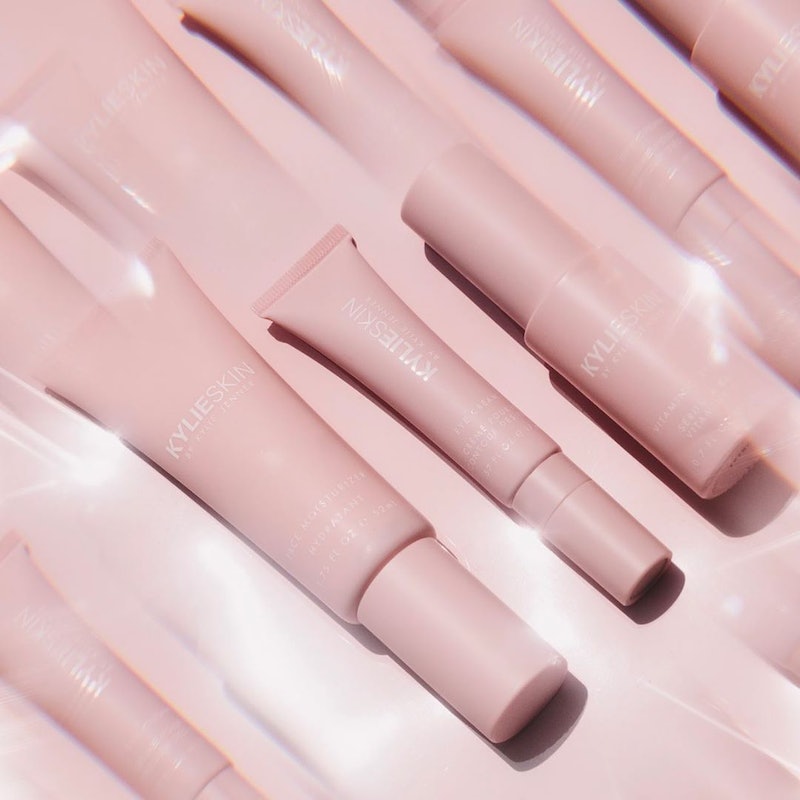 Self-made or not, Kylie Jenner is a successful business woman. With two brands under her belt, the youngest member of the Kar-Jenner clan knows how to make a buck. Now, her empire is making an exciting jump to expand its availability. Kylie Skin is coming to Ulta. This will mark the second brand by Jenner at the retailer — and it means you can actually smell that vanilla toner IRL.

Jenner launched Kylie Skin in May with a curated selection of products that created an entire skin care routine. With Jenner herself claiming to use the line in her own skin care routine, fans were sure to love it — and they did. Kylie Skin sold out in less than 24 hours upon launch, and the products have since sold out again and again. Now, though, fans will have more than one way to shop Jenner's latest endeavor.

According to a post from the Kylie Skin Instagram account, the brand will be hitting Ulta's shelves in fall 2019. As of press time, there have been no details on an exact date for the Kylie Skin launch in Ulta stores. However, Jenner's cosmetics line also had a fall release date and dropped in November of last year. That could be the case for Kylie Skin's debut.

Bustle reached out to Kylie Skin and Ulta for more information.

Kylie Skin marks the second time a brand helmed by the young mogul will be available in Ulta. When Kylie Cosmetics launched in Ulta stores, it did so with a small selection of lip kits. Since its first drop at the retailer, though, the brand has expanded to include everything from concealer to blush and bronzers to eyeshadow.

But Stormi's mom isn't the only member of her family with an Ulta presence. Big sister Kim Kardashian West and her eponymous fragrance line, KKW Fragrance, launched at the retailer at the same time as Jenner's makeup range. Given fragrance is highly experiential when it comes to smell, the move seemed obvious. Following the fragrance launch, Kardashian West launched her beauty brand in Ulta stores at the end of Aug. 2019.

Just when you thought Jenner's empire couldn't get any larger, she expands into a retailer with another of her brands. Kylie Skin lovers — or those who are curious about the products — now have the opportunity to smell, feel, and test Kylie Skin items before they buy. Given Kylie's past launches with Ulta, you can bank on this line selling out quickly when it's finally on shelves.