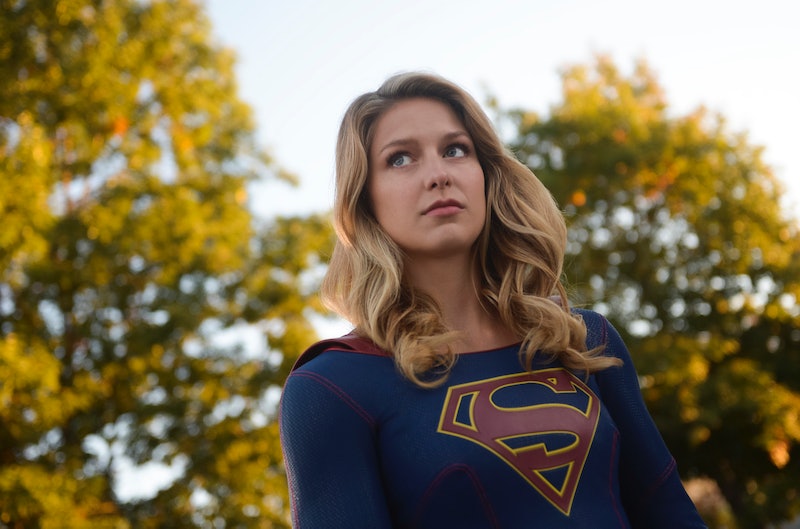 Supergirl may be bulletproof and capable of leaping to tall buildings in a single bound, but not even this superhero can avoid the inevitable winter hiatus that every fall series must go on during the holiday season. This year is no exception, which brings us to the inevitable question: when does Supergirl Season 4 come back? No amount of super strength out there can make the time go by any faster.

The bad news is that the CW has yet to release its winter schedule, making it impossible to know for sure when any of its beloved shows — including those from the DC universe — will be making their grand returns. The good news is that if past seasons are any indication, we won't be without Kara Danvers and co. for very long. During the show's third season, Supergirl went on a very similar hiatus around this time with the midseason finale airing on Dec. 4, 2017. The season picked right back up where it left off shortly after the new year on Jan. 15, 2018. If that pattern continues, then odds are Supergirl will return some time in mid to late January at the latest, which means we'll only have to endure a National City-less world for a little over a month or so.

Of course, there's no absolute guarantee that this will turn out to be the case. Until the network releases its official schedule, it's anybody's guess as to when the series will come back. If scheduling conflicts arise, it could be pushed further back into the season or air on a completely different night (though that seems highly unlikely). But pending any unforeseeable circumstances, January will be the month to look forward to Kara's return. That gives you just enough time to enjoy the holiday season before immersing yourself back into this fast-paced world at the start of 2019.

Regardless, Supergirl will leave fans with plenty to think about during its time away, especially since it'll be closing out the three-night Arrowverse crossover event, which is sure to be the most action-packed episode yet. No matter how everything plays out, fans will be eager to see what happens next for these beloved superheroes, which will make the hiatus seem all the more torturous. And given the type of cliffhangers these shows have pulled off in the past, it's safe to say Elseworlds will deliver.

Will the Barry Allen and Oliver Queen body swap get rectified? Is Supergirl really done working for the D.E.O.? Will she and Batwoman ever reunite again? (Please?) And what the heck is going on with that other Supergirl we've seen snippets of? Interested viewers will just have to tune into the midseason finale to see how it all plays out. You don't need Kara's X-ray vision to know that it's going to be an explosive night — let's just hope everyone is able to make it out of this thing in one piece.

The Supergirl midseason finale airs on Tuesday, Dec. 11 at 8 p.m. ET on The CW.