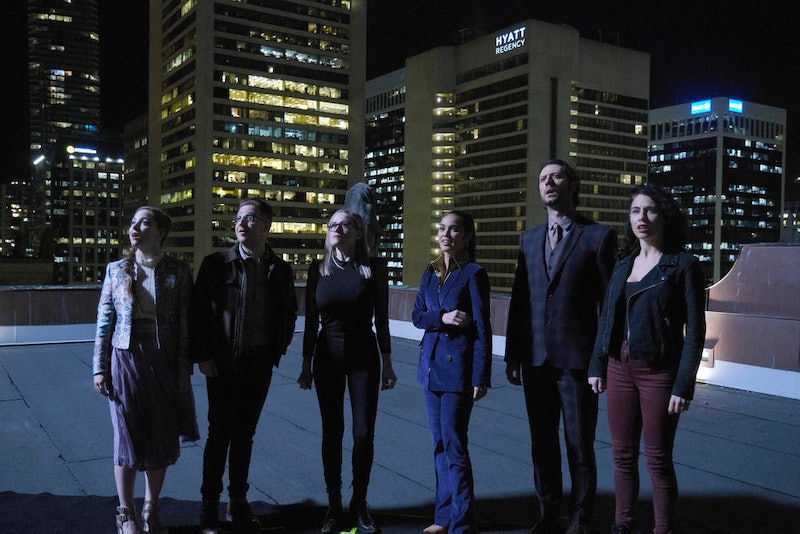 The Magicians may be coming to an end on April 1, but there is one thing to look forward to. At some point, The Magicians Season 5 will be on Netflix so you can re-watch the whole show in full. And with any luck, it will be sooner than usual.

In the past, Netflix has released the most recent season of The Magicians roughly a month before the new season is set to premiere. For example, Season 3 arrived on Netflix on Dec. 24, 2018 before Season 4 debuted on Jan. 23, 2019, and Season 4 hit the streamer on Dec. 16, 2019 just before the Season 5 premiere on Jan. 15, 2020. That strategy makes sense: it gives fans just enough time to get caught up before diving back into the story.

But since there won't be a Season 6, there's really no reason to hold on to the episodes. Plus, with so many people staying home in order to prevent the spread of coronavirus (and many shows' productions indefinitely suspended), there's an added incentive for the platform to provide as much extra content as possible. So hey, maybe they'll throw Magicians fans a bone and drop Season 5 early. If not, expect to see it pop up in late 2020 or early 2021.

As for whether or not it's worth holding out hope that another network or steaming platform will revive The Magicians, it sounds like executive producers Sera Gamble and John McNamara already tried to no avail. "None of them seemed in the end like a perfect financial or creative fit," McNamara told TVInsider when The Magicians' cancellation was first announced. "And so we reluctantly just decided, 'Well at least we have this season finale that was crafted to also be a series finale.' It was kind of always going to pull double duty."

So yes, this final episode really will be the show's last, but it's one that the writers saw coming. That allowed them to write a satisfying conclusion — one that you'll be able to enjoy again and again once Season 5 ultimately makes its way to Netflix.