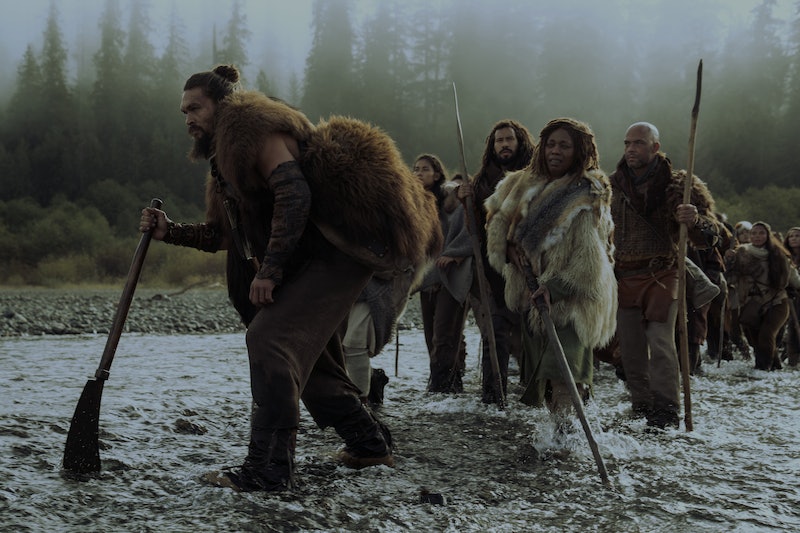 Spoilers ahead for See. The most ridiculous thing — and there are many — about Apple TV+'s See is that despite the fantasy world's mystique, it actually takes place somewhere around Pittsburgh. Yes, really. And now that the Alkenny are headed to the Jerlameral's House of Enlightenment, that geography is going to become all the clearer. In fact, it might actually be an American landmark.

The remaining members of the Alkenny who are searching for Jerlalmeral have received word that he'll be waiting in the House Of Enlightenment — but Jerlalmeral doesn't explain what that is. He only suggests that his children will find it by following the Lavender Road, and once they find him they will find a paradise that he has built. Baba Voss and the remaining Alkenny who support the twins embark on a journey to find the Lavendar Road by sailing on a boat down a river. They have no idea where they are going.

But viewers who have been paying close attention to the show's geography, and have a familiarity with Western Pennsylvania, may already know where this House Of Enlightenment is.

As Decider points out, many of the show's made up-sounding names are actually derived from names found on maps of Pennsylvania. The Kanzua Dam where Queen Kane lives is similar in name to the real-life Kinzua Dam, and the Alkenny group seem to take their name from the Allegheny River. If the river that the Alkenny are sailing down is, in fact, the Allegheny River, then there's one likely place that the Alkenny can find the House of Enlightenment — Pittsburgh, PA.

The Allegheny River cuts right through the Steel City, and the show has name-dropped Pittsburgh in the past, suggesting that the Alkenny are headed for Pennsylvania's second-largest city. The fact that Kofun and Haniwa discussed reading about Pittsburgh's economic history feels like an incredibly specific detail. Assuming the House of Enlightenment is in Pittsburgh, however, what 'Burgh landmark could serve as the epicenter of Jerlalmeral's quest to rebuild society?

While it's doubtful that the Alkenny tribe will find much use out of an abandoned Primanti Brothers or Eat 'N Park restaurants, the House of Enlightenment has one clear parallel to real-life Pittsburgh — the Cathedral of Learning.

The towering building that sits at the center of the University of Pittsburgh is not only the kind of massive structure that compliments Jerlalmeral's godlike status, but is filled to the brim with the kind of books that Jerlalmeral and his twins have been using to study up on their history.

While there are plenty of other Western Pennsylvania landmarks the Alkenny could be taking the Allegheny river too, the similarity of names between the House of Enlightenment and the Cathedral of Learning, along with the other Pittsburgh-area similarities, are simply too close to be a coincidence.

It appears a visit to Pittsburgh is imminent in See — but are you really visiting Pittsburgh it your trip doesn't include a Kings' Frownie? Let's hope Jerlameral knows how to show these tourists a good time.

More like this
'House Of The Dragon’s Theo Nate Is A “Massive” 'GoT' Fan
By Maxine Harrison
You’ll Definitely Recognise Both Of Ty Tennant’s Parents
By Maxine Harrison
Here's What Jeffrey Dahmer's Dad Has Said About His Other Son, David
By Grace Wehniainen
'Line Of Duty' Fans Might Recognise These 'Bloodlands' S2 Filming Locations
By Sophie McEvoy
Get Even More From Bustle — Sign Up For The Newsletter