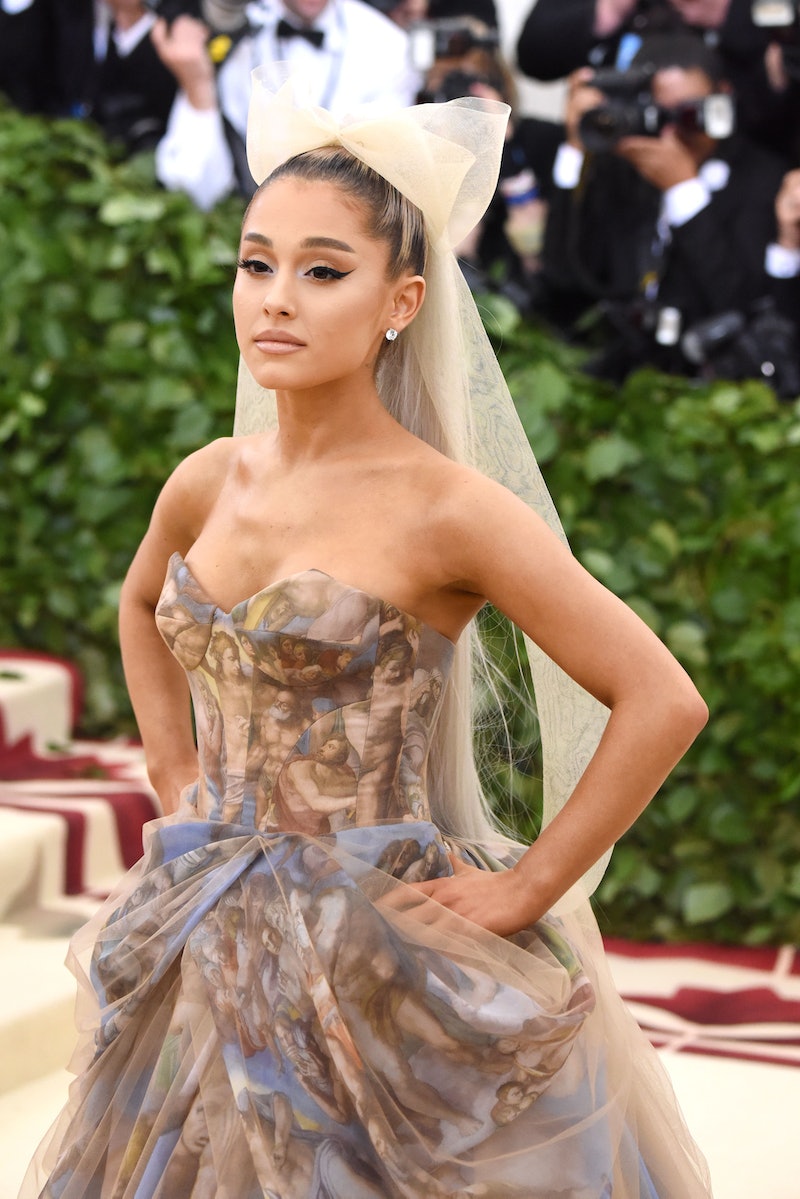 Pop superstar Ariana Grande has already conquered the world of acting and of course music, we seen recently with the release of new album Sweetener. Now though, it appears the 26 year-old is looking to branch out further by venturing into the perfume market with the announcement of brand new fragrance Cloud. But where can you buy Ariana Grande's Cloud perfume in the UK?

Update: Ariana Grande's perfume is now available at Superdrug and Boots. Prices are as follows:

Earlier: Good news if you're not a fan of hitting the high street, Grande has confirmed that you can buy her fragrance online now at Ulta Beauty. However, this of course is an American site, which means you'll have to cough up postal fees. So if you would prefer to pop into a shop to buy Cloud, you can probably expect to find it in the likes of The Perfume Shop, Boots, and Superdrug, which all already stock her other fragrances such as Moonlight, Sweet Like Candy, and Ari. However, although Cloud will be released in U.S. stores on Sunday, a rep tells me that it will not be arriving in the UK until March 2019. I know.

The 'No Tears Left To Cry' singer announced she would be releasing a new perfume earlier this year, and the fragrance has been described by Grande as an "uplifting scent that imbues a thoughtful, artistic expression of positivity and happiness," as reported by the Daily Mail. The name and cloud-inspired bottle design of the upcoming scent was revealed earlier this summer via the star's social media, and promises notes of coconut with vanilla orchids, lavender blossom, juicy pear, and bergamot. When speaking of the latest release, Grande said "I love clouds and I love this new fragrance — it is my favourite one yet."

It was also announced that the singer's company GrandAri Inc. is currently seeking to trademark the phrase "Be Grande" so that it can be used across a variety of gender neutral products including perfume, body lotions, cologne, bath gels, body mists and more, TMZ reported.

Many Grande super-fans were keen to display their excitement about the brand new Cloud perfume on Twitter.

This news comes after an eventful few months for the star, who is currently in the midst of a new album cycle in support of her latest release Sweetener, the singer's fourth studio album. The record is the first new material released by the former Nickelodeon actress since Dangerous Woman back in 2016, and has already spawned three top ten hits in the UK including 'No Tears Left To Cry', 'God Is a Woman' and 'Breathin'.

While fans are delighted Grande's career is growing from strength to strength, she's been going through a particularly difficult time as of late. Following last year's terror attack in Manchester, it was recently announced that her ex-boyfriend and rapper Mac Miller had passed away tragically at the age of 26. The singer paid an emotional tribute to Miller on her Instagram profile, one post read: "I adored you from the day I met you when I was nineteen and I always will. I can’t believe you aren’t here anymore. I really can’t wrap my head around it. We talked about this. so many times. I’m so mad, I’m so sad I don’t know what to do. You were my dearest friend. For so long. Above anything else. I’m so sorry I couldn’t fix or take your pain away. I really wanted to. The kindest, sweetest soul with demons he never deserved. I hope you’re okay now. Rest."

Grande ended her relationship with Miller in May earlier this year, and is now engaged to Pete Davidson. Her new perfume is reportedly a nod to her new relationship.

According to the Daily Mail, the "cloud symbol has been prominent" in their romance. In fact, the couple even have matching cloud tattoos on their fingers to symbolise their love.

Here's hoping the perfume is just as successful as Grande's relationship.