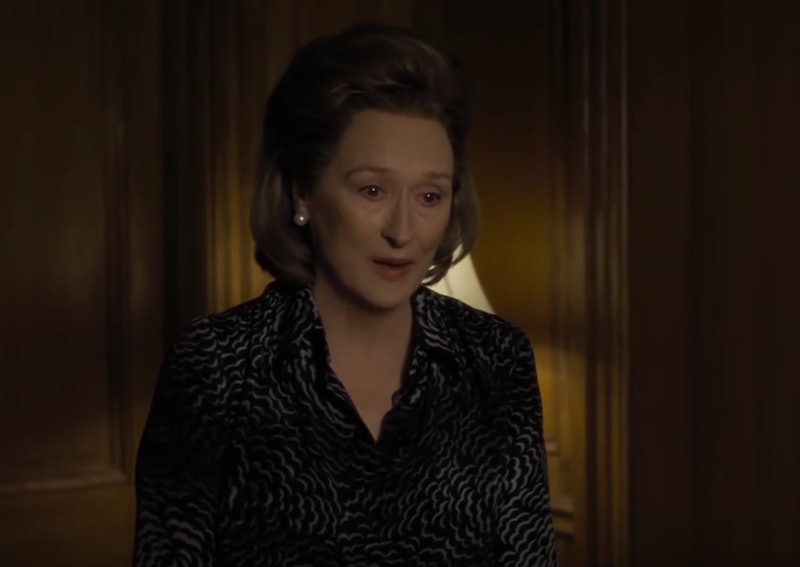 With only a couple of weeks until the 2018 Oscars takes place on March 4, it's time to start getting serious about crossing off every nominated movie from your list. Sadly, you won't be able to stream The Post online before the awards ceremony. The Meryl Streep and Tom Hanks film (producer: Amy Pascal) chronicling the The Washington Post's publishing of the Panama Papers only came out in wide release on Jan. 12, so it's not yet available for streaming.

If you live in a major city, you might be able to catch a showing of the movie in theaters, which you may want to do considering that Meryl Streep's performance portraying Katharine Graham earned her an Academy Award nomination for Best Actress. The movie itself was also nominated for Best Picture, so it is kind of a big deal, and you won't want to miss it.

The strange thing about the Oscars is the fact that it usually occurs in early spring, but oftentimes the best movies each year come out in the winter. That means that many of the movies nominated for Best Picture don't come get released on streaming sites or on DVD until after the Oscars, so really your only chance to catch them before the awards show takes place during the movies' theater runs. As such, I, Tonya, which earned Margot Robbie and Allison Janney nominations for Best Actress and Best Supporting Actress, respectively, is doomed to the same fate as The Post as far as streaming availability goes due to its late release date.

Even though you might have missed your chance to see I, Tonya or The Post before the Oscars if you didn't catch them in theaters, you can still find plenty of other nominated movies online. Even a few that came out this past winter are available for digital purchase. For instance, you can buy Lady Bird, Three Billboards Outside of Ebbing, Missouri, and Darkest Hour on Amazon for online viewing despite the fact that they each came out in November 2017. You might want to watch each of those movies ASAP as they all snagged Best Picture nominations for the 2018 Oscars.

According to Decider, The Shape of Water will be made available for online purchase right before the Oscars. That means that you will only have a couple days to watch the Sally Hawkins-starring movie, which earned her and Octavia Spencer nominations. You can also find other Oscar-nominated films on streaming sites that don't require any purchase if you already have a membership. HBO subscribers can watch Get Out before Mar. 4, and Netflix currently offers the nominees Mudbound and Strong Island. And don't forget Best Animated Feature Film contender The Boss Baby, which is also on Netflix.

If you're heartbroken by the lack of streaming options for watching The Post and you're not overly concerned about catching all of the Oscar nominated films before the awards show, then you have plenty of options for similar movies. For instance, it you're craving a true story about a newsroom tasked with investigating a major controversy, check out Spotlight. You can find that film, which won Best Picture at the 2016 Oscars, on Netflix. Even though it doesn't feature Hanks and Streep, it does star Michael Keaton, Rachel McAdams, and Mark Ruffalo, who are all excellent in the film about the Boston Globe's uncovering of the child molestation scandals within the Catholic Church.

It's a shame that The Post won't be available for streaming before the Academy Awards, but with so many other options, you should have no problem filling your nights with movies between now and the big Hollywood showdown. You can definitely still cheer for Streep during the Oscars as she waits for the results from her 21st nomination.