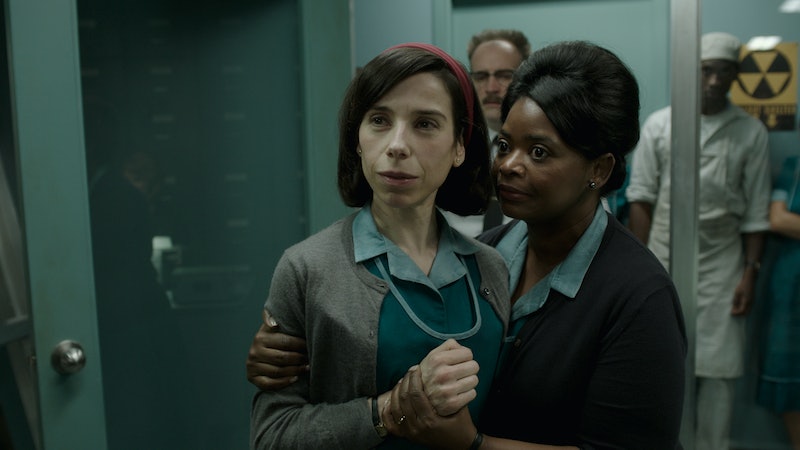 The Academy Awards mark not only the pinnacle of awards season but also the end of it. So the announcement of the full 2018 Oscar nominations list is kind of the beginning of the end. Still, you have until Jimmy Kimmel hosts the Oscars on March 4 to catch all of the nominated films. Whether you've seen the majority of these films from 2017 or need to get yourself to the movie theater stat, you now officially know which people in the film industry have a chance of winning the golden Oscar statuette at the 90th Academy Awards.

In recent years, the Oscar ceremony has had its fair share of drama — debatably even more drama than in the movies nominated. In 2016, the Academy was criticized for acknowledging mainly white performers as #OscarsSoWhite trended. In 2017, there was the Best Picture debacle where La La Land was incorrectly announced when Moonlight was the actual winner. And in 2018, Hollywood is perhaps under more scrutiny than ever before as Harvey Weinstein was a favorite of the Oscars for years and the sexual assault allegations against the winning producer started the #MeToo and #TimesUp movements. (Weinstein has denied all allegations of non-consensual sex.)

Yet, if you're a film lover, you can't help but want to know which movies the Academy of Motion Picture Arts and Sciences has deemed worthy. Here are the nominees for the 2018 Academy Awards.

In keeping with Bustle's awards season pledge to recognize women behind the scenes, a woman who worked on each of the nominated films in the specific department being recognized is listed.

Best Actor In A Leading Role

Best Actress In A Leading Role

Best Actress In A Supporting Role

Congrats to all of the nominees and see who will win big on March 4.

More like this
14 Women To Watch This Oscar Season
By Marina Watts
Everything You Need To Know About ‘Black Panther: Wakanda Forever’
By Bustle Editors
Christian Bale Sang With Taylor Swift & His Daughter Can't Believe It
By Radhika Menon
Snoop Dogg & Michelle Pfeiffer Lead Moving Tributes To Coolio
By El Hunt
Get Even More From Bustle — Sign Up For The Newsletter