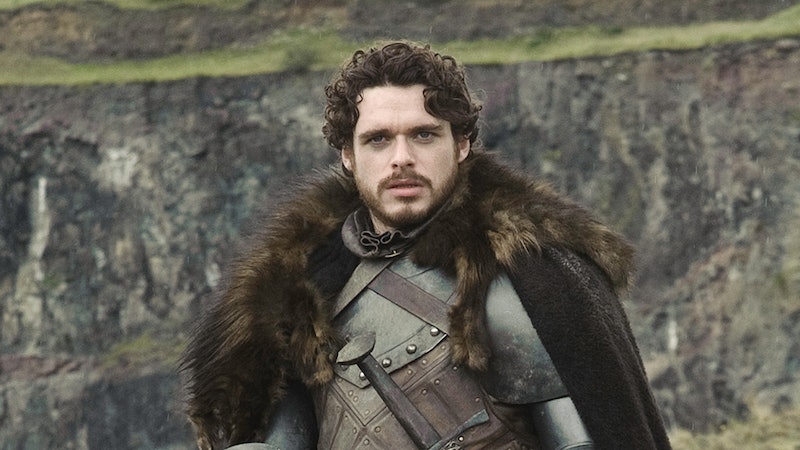 It can feel nearly impossible to keep up with all of the Game of Thrones characters who have died. The HBO show has been known for killing off major characters without a second thought, ever since Season 1 when Joffrey beheaded Ned Stark in front of everyone in King's Landing. Each season — and, actually, almost every episode — fans almost expect to have to say goodbye to someone big, and the show usually doesn't disappoint. That's been especially true in Season 8, where more main characters have been killed off than ever before.

While some of these are, regrettably, kind of forgettable (can you blame anyone, though, when there's so much going on?!), some of them just stay in our minds forever. You might already know which GoT villain you would be based on your sign, or which general character you would be, but what about which long-gone person? If you're wondering which now dead Game of Thrones character you would be based on your zodiac sign, you're not alone — whether they've been gone a long time or were just recently killed, they all hold a special place in our hearts.

Your zodiac sign can tell you a lot about yourself, and you can use those traits to figure out which character you relate to the most, even in a mythical world like Westeros. So, take a look at which dead character you would be and get ready to feel sad about their demise all over again. Oh, and warning: this post contains major spoilers, so if you aren't completely caught up with Game of Thrones, turn back now!