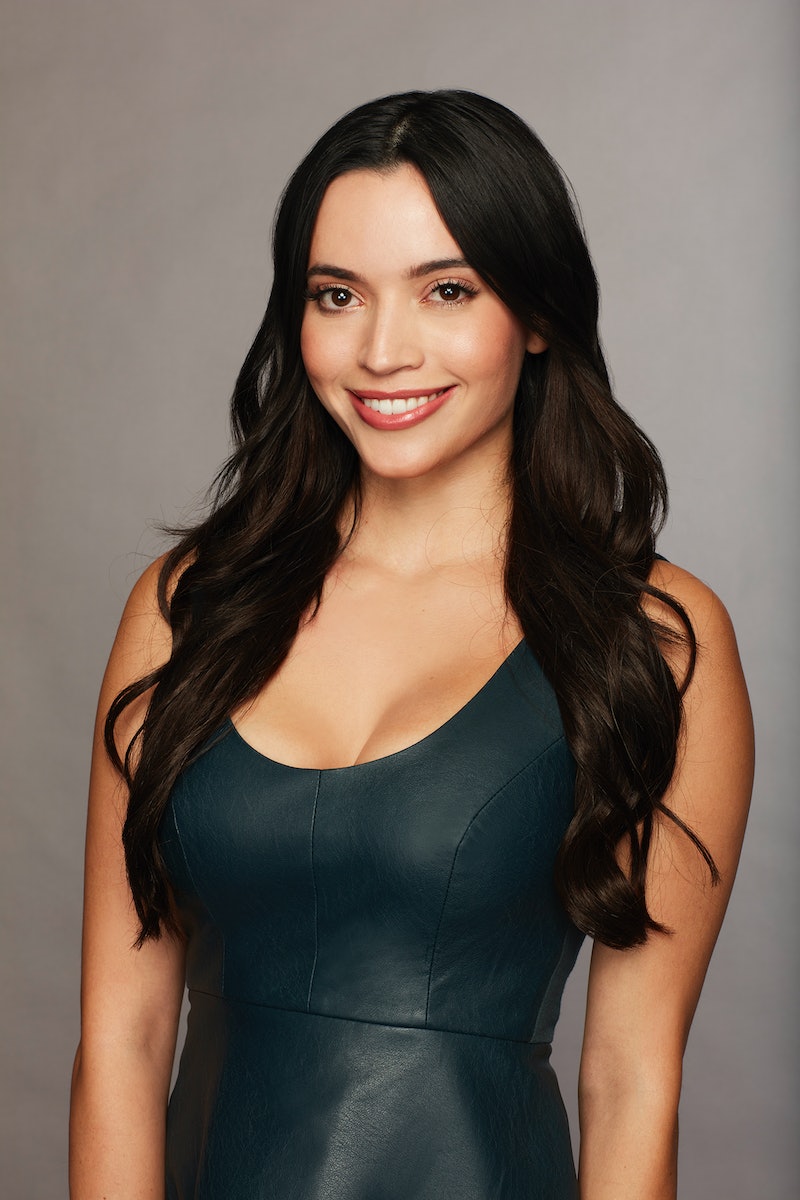 Finding out each new contestant's unique backstory is what makes the early weeks of any Bachelor season so fun. Laura, from The Bachelor's newest season, has a particularly intriguing one, and it may just give leading man Colton an added dose of adventure. Laura's ABC biography reveals that Spanish was her first language, and that she "once moved to Spain on a whim." She hates negativity in a relationship, the bio continues, and still regrets some of her "emo" fashion choices in high school. Same, girl. Same.

The bio doesn't reveal much else other than the fact that she's an accountant who lives in Dallas, but Cosmopolitan reports that her last name is Pellerito, and that she attended Texas State University. Laura's Instagram feed is the only other source of info fans will have until the season premieres and we hopefully learn more about her, and it shows that she might be someone we'd all love to hang out with.

According to the photos she shares, Laura loves dogs, which is a big plus for Colton, and spends a lot of time on boats. She's got plenty of photos with her friends, traveling to different cities, and hitting up concerts.

Laura appears, at least on social media, like a fun-loving, carefree person who values the people and experiences she comes in contact with. And did I mention her dog is adorable? Seriously, can he come to the mansion? She's also close with her family — Laura posted a sweet birthday collage for her parents a few years ago that said "words really can't describe how truly amazing these two people are." Fans might get a glimpse of the fam if Laura reaches the stage of hometown dates, but for now, there's not much else to go on in that area.

In the first released photos of this season, like the one found above, Laura and Colton are definitely getting in some one-on-one time. It's often the women who don't get to talk to the leading man who are sent home the first few nights, so this bodes well for Laura's chances, though there's no way of knowing exactly how far she'll make it.

Hopefully she's ready for commitment, because Colton definitely is. He's been through the wringer with love on the Bachelor franchise so far. He was a frontrunner on Becca Kufrin's season of The Bachelorette before things got weird regarding a past relationship he had with another Bachelor alum, Tia Booth. Then, when he took his pursuits to Bachelor In Paradise, the entire season of that show basically revolved around his and Tia's drama.

Now he says he's got his head on straight and his sights set on what he wants; maybe whatever that is will turn out to be one of this season's contestants. "[It's] an opportunity for me to find love. And it's something I want so badly, so I'm super excited and I can't wait to prove some people wrong, and then also, you know, continue to grow into the person I am, [and] continue to grow with somebody," Colton told Entertainment Tonight. "I think that's the beautiful thing about all this, is while I could be falling in love, I can continue to grow and share that experience with somebody else."

Hopefully he and Laura bond over their shared love for family and very fluffy dogs. She seems super fun, and lord knows every season of The Bachelor could use a little more of that.

More like this
Here's The Full List Of Zach's Confirmed & Potential 'Bachelor' Contestants
By Kadin Burnett and Grace Wehniainen
Wait, Is Maya Jama Confirmed To Host 'Love Island'?
By Sophie McEvoy
Kira's Post-'Bachelor In Paradise' Activity Has Included Travel, TikTok, & Tea
By Grace Wehniainen
Are Johnny and Victoria Together After 'Bachelor In Paradise'?
By Kadin Burnett
Get Even More From Bustle — Sign Up For The Newsletter