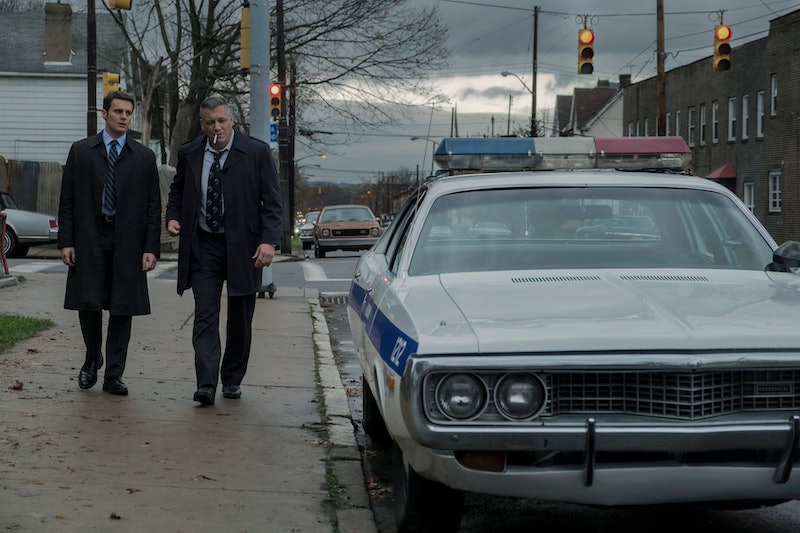 Who do you get to play the most notorious cult leader of all time, a man responsible for a series of bloody murders that have reverberated through our culture for 50 years? How did creator David Fincher find someone to play Charles Manson in Mindhunter Season 2? It must be a big ask to find an actor who's willing to risk having their face associated with the infamous felon for the rest of their career. And yet, Fincher was lucky enough to find someone who was so unafraid of taking that risk, he took it twice.

The role of Charles Manson is going to be taken on by actor Damon Herriman, who has appeared in episodes of shows like Breaking Bad, Flesh And Bone, and Top Of The Lake. His feature credits include films like House Of Wax, J. Edgar, The Lone Ranger, and the upcoming revenge thriller The Nightingale, the second film from director Jennifer Kent (The Babadook). Herriman may currently be best known for playing recurring criminal Dewey Crowe throughout all six seasons of FX's Justified. However, Herriman's claim to fame may soon change, as he may become best known for playing Charles Manson in not one but two separate 2019 projects.

If you think Herriman looks familiar when you tune in to Mindhunter on Netflix, that's because you might have already seen him playing the charismatic cult leader in Quentin Tarantino's recently-released ninth film, Once Upon A Time… In Hollywood. Although he only appears in one scene in that film, he leaves quite the lasting impression.

Midway through the movie, Herriman's Manson shows up on the doorstep of the home of director Roman Polanski and his pregnant wife Sharon Tate, scoping out the location that would later become the site of his most infamous crime. (At least, it would in our reality.) He shares a menacing conversation with Tate's friend Jay Sebring and, briefly, Tate herself, before vanishing from their home — and the rest of the film.

If you'd think Herriman would be nervous about playing a man like Manson, you'd be wrong; the actor seems to have nothing but positive things to say about his experience working on OUATIH. "The time on the set was the most fun I've ever had on any set," he told CBS Los Angeles in an interview after the film's premiere. "You turn up to a Quentin Tarantino set and it doesn't feel like any other set. There's '60s music playing and it was really chill."

Although audiences will have seen Herriman as Manson in OUATIH before they see him as Manson in Mindhunter, the actor actually filmed the roles in the reverse; he had already completed filming on the Netflix series before Tarantino even cast him in his movie. "He knew that I'd done it," Herriman told IndieWire in regards to Tarantino. "It would have been weird to keep that a secret. But it didn't come up much. He said at one point while we were shooting, 'You've done Fincher's thing already?' I was like, 'Yeah, it was a couple weeks ago.' He said, 'Cool, how'd that go?' I said, 'Great.' He didn't ask about any of it other than that. He certainly didn't say he wanted me to do something different. There was enough already that I found different about him, and I looked different."

That's because the two projects take place at drastically different times in the criminal's life; while OUATIH took place in the days leading up to the Manson murders of 1969, Mindhunter takes place in the late '70s, well after Manson had been imprisoned for his crimes. (Does that mean Leonardo DiCaprio's fictional TV star Rick Dalton exists in the world of Mindhunter? That'd be a fun Easter egg.)

After playing him in two separate projects, you'd think Herriman would have a pretty good handle on Manson. Not so, he says. "You can't really put a finger on what made that guy tick," the actor told CBS Los Angeles. "I certainly wasn't able to, completely. I viewed everything I could find to watch of him. I read books, listened to podcasts, and listened to his music. I did pretty much a deep dive on that. The guy was incredibly complicated and there was a different Charlie depending on what mood he was in. He could even change moods within the same interview. I think he probably had several mental disorders, probably schizophrenia among other things. There's a lot to get your head around with him."

If playing the Joker once can get inside your head, I can only imagine what playing Charles Manson twice in one year can do to a person. Hopefully Herriman gets to mix it up a bit with his next project. Maybe a comedy?

More like this
Where Is Oscar Torres In 'Only Murders In The Building' Season 2?
By El Hunt
Yinka Bokinni Recalls Terrifying Truth At Heart Of 'How To Hire A Hitman'
By Frances Stewart
What’s New On Netflix: Lana Condor’s Ghostly Comedy & A Sexy Reality Series
By Arya Roshanian
Hannah Khalique-Brown Has Her Sights Set On 'Strictly'
By Frances Stewart
Get Even More From Bustle — Sign Up For The Newsletter