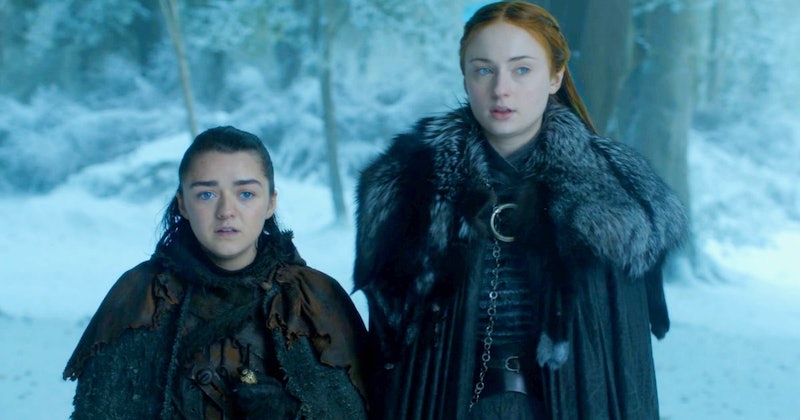 It feels like a thousand years since Game Of Thrones Series 7 ended. Ugh like, can you even remember what happened? I feel like I have flashes of memory but not actually that much concrete info. One thing I know for sure is that there was a whole lot of death. Yeah, they are not afraid of a bit of death are they? To the extent that ahead of each season all you think is, OK who is going to die this time? Well, in the interest of avoiding any nasty surprises, a new study is predicting who will survive in Game Of Thrones.

Yes, there are people who study this. And I basically love them

Anyhow, the study was published in The Journal Of Injury Epidemiology, and the results were fully plausible. It found that over half of the characters in the show managed to shuffle off this mortal coil over the course of seven magnificent seasons. That's 186 to be precise, and those were predominantly super violent and gruesome deaths. But I'm sure you could have guessed that. It concludes, "All but two deaths were due to injury, burns, or poisoning, with the majority being caused by assault (63.0%) or operations of war (24.4%)."

According to the study, it pays to be a high-born, female, and a minor character. However, if you are a high-born, male, and not getting a lot of screen time, then you are low key effed and not likely to last long.

Yeah, living in the Seven Kingdoms must be an absolute nightmare. So what were the people undertaking this study hoping to achieve exactly?

"The primary aim of this study was therefore to examine the mortality and survival of the characters in Game of Thrones. Specifically, to estimate survival time and probability, to identify predictive factors, and to describe causes and circumstances of deaths."

OK this is kind of cool, almost like a sort of terrible calculator. The second aim is also like, completely valid.

"The secondary aim was to give the authors an excuse to re-watch the first seven seasons before the final season reaches television screens worldwide."

So what does all of this mean for our favourite Game Of Thrones characters? What potential spoilers are these incredible science nerds sending our way?

Considering the results, things seem to look good for the Stark sisters. Which is a relief because their brothers have had an awful time of it really. Red wedding. Bleurgh. But then again all of those effing zombie ghost monster White Walker guys are totally heading their way. Shudder.

According to the study's results, another female character who could make it out alive is Cersei. She hits all of the necessary targets to erm, not die. Which is annoying because she sucks. But come on literally everyone wants to kill her so, that definitely stands against her.

Look, this study is great and all and lord knows I love a fan theory but real talk, any true Game of Thrones fan knows that this show is just about as unpredictable as can be. So we best just keep on churning out fan theories and eventually one might stick.

But when even is it airing? When will we finally have answers? Well HBO have announced that it will be April 2019. I feel like I might faint with excitement even thinking about it