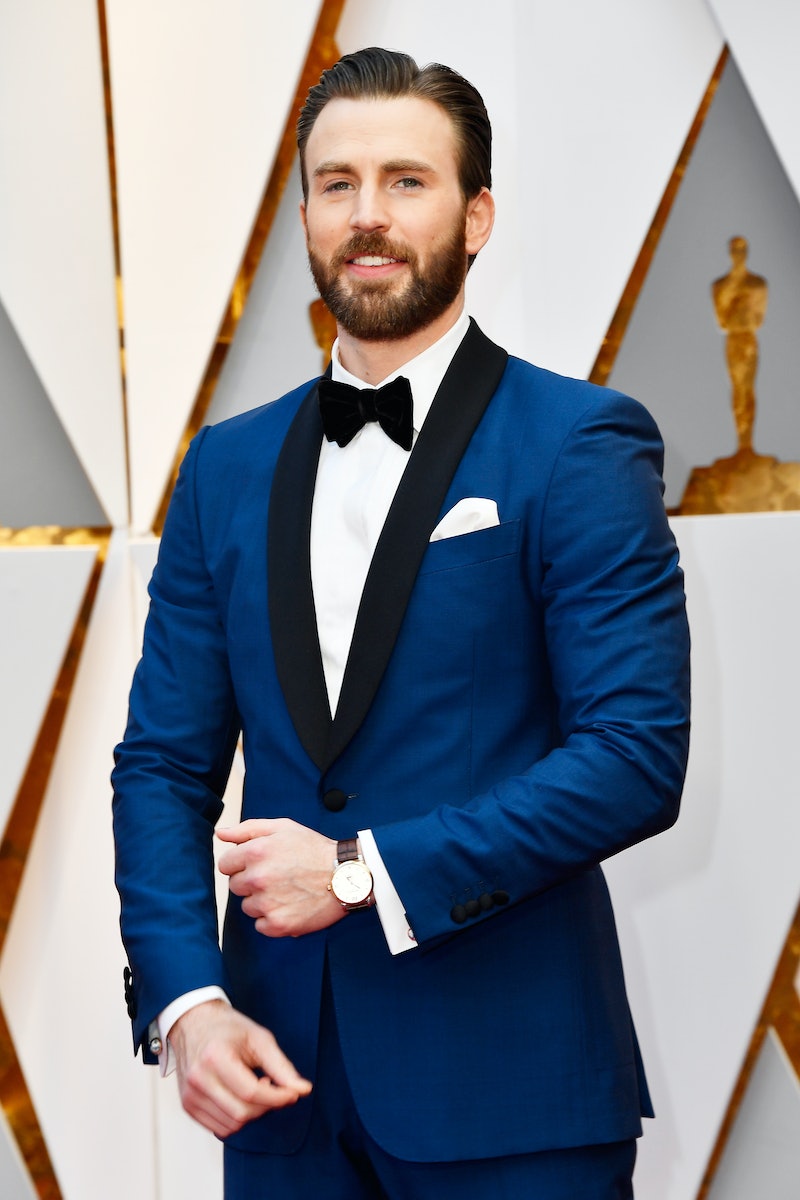 Seeing as he's one of the most beloved Marvel stars who continuously makes fans swoon, it's understandable if you're wondering about who Chris Evans is dating in 2019. At this time, it doesn't appear that the Avengers: Endgame actor is dating anyone. If he is, Evans has done a very good job at keeping his possible relationship out of the spotlight. Whatever the case, there's no denying he has so much to offer.

The last person Evans dated that was known publicly was fellow actor Jenny Slate. In March 2018, a New York Times profile done on Evans confirmed that he and his Gifted costar's relationship had "recently ended." Actually, this was the second time the two had split, with the first breakup report originating from Us Weekly in February 2017. Then, in November 2017, there was speculation that Evans and Slate reunited after her voice was heard in the background of a video Evans had tweeted of his beloved dog, Dodger. Sadly, their so-called reconciliation eventually came to an end — again.

As hard as a breakup is, there was some good that came from the Captain America star and Slate's split. They both showed exes can remain friends and that it's totally fine to talk about each other positively. Prior to their second breakup, Evans spoke about Slate in such a heartwarming way. He told People in March 2017, "She’s my favorite human. She’s the best."

"I’ve never ever ever met someone in my life who has a mastery of the English language the way she does. She’ll give you one sentence and there’s no fat to it. You’re like, 'You just chose such an unbelievable collection of words that beautifully articulate what you say.'"

Slate has also been known to praise Evans post-split. The Secret Life of Pets 2 actor told Vulture in March 2017, "What’s the same about us is not just that we’re from Massachusetts, which was such a delight, but Chris is truly one of the kindest people I’ve ever met, to the point where sometimes I would look at him and it would kind of break my heart." She also said that if his heart were painted it would "probably be golden-colored."

For Evans, he prefers to stay on good terms with his exes. As he told Elle in April 2017,

"Typically, if I see an ex, I give a big hug, and it's wonderful to catch up. If you're ever fortunate enough to love someone and have them love you back, it's worth protecting that. It's rare that someone can truly know you. And if you've broken through that kind of wall, I think it's important to value that."

Wow, just wow. He has an amazing outlook on breakups, which is one of the many reasons he's so wonderful.

For those wondering what he looks for in a partner, Evans does have at least one deal breaker. For the actor, it's important to date a person who's independent. In a March interview with The Hollywood Reporter, he opened up about how he functions in a relationship. He admitted, "I'm the one who fears being enveloped. I was always a really autonomous guy my whole life. Camping by myself is one of my favorite things." He continued,

It really should come as no surprise that Evans is such a great catch. He certainly deserves to find that someone special — if he hasn't already.

More like this
Ralf Little’s Fiancée Has A *Very* Impressive Resumé
By Sam Ramsden
Selena Gomez Is Fine Being Single, But She Still Manifested Romance On 'SNL'
By Martha Sorren, Jake Viswanath and Jack Irvin
Justin & Hailey Bieber's Bond Is "Unbreakable" Amid His Ramsay Hunt Diagnosis
By Bustle Editors
Why Sara Pascoe's Husband Is Familiar To Comedy Fans
By Alice Broster
Get Even More From Bustle — Sign Up For The Newsletter