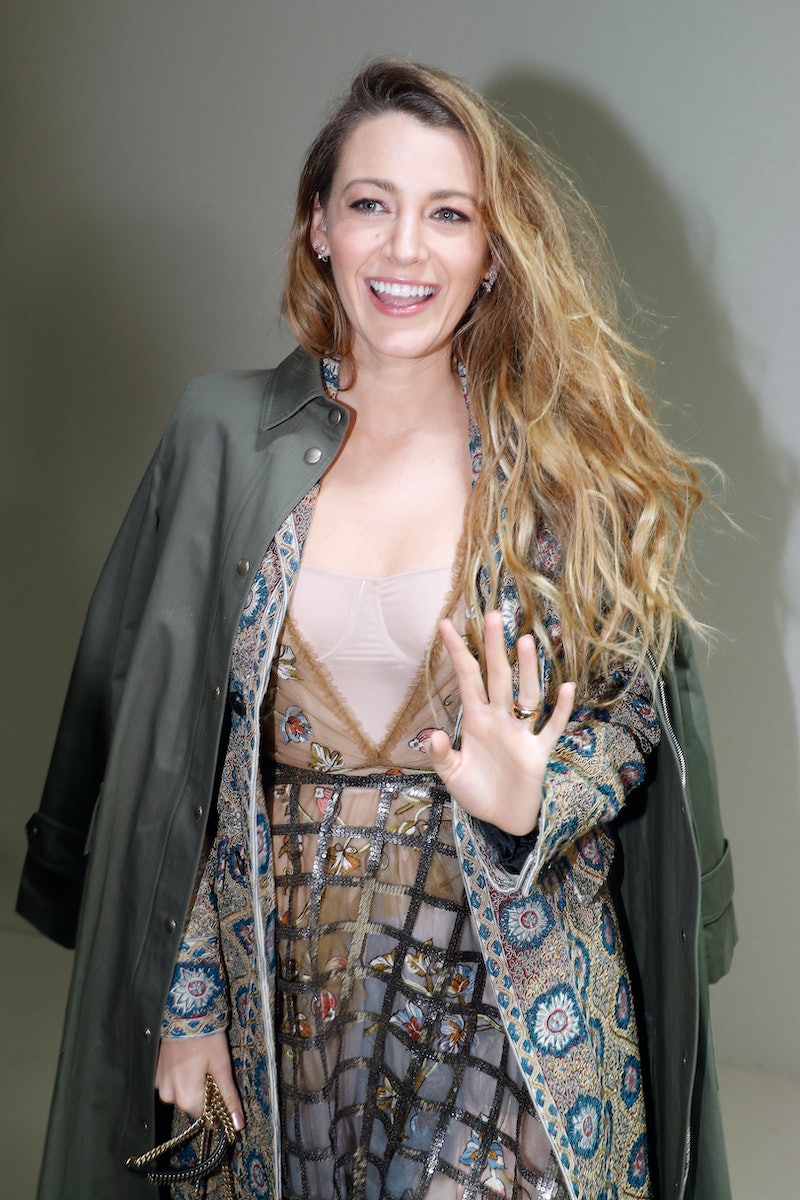 Don't be alarmed if Blake Lively's social media page looks a little different these days. On Saturday, Nov. 16, fans noticed that Blake Lively appeared to delete all of her Instagram posts, minus a single video that was originally posted back in September: a trailer for her upcoming film, The Rhythm Section. While the actor likely hasn't permanently deleted all of the adorable social media posts about her relationship with Ryan Reynolds, it's clear that Lively has found an original way to gain attention for her next project.

If Lively's sudden Instagram purge seems somewhat familiar, that's because this isn't the first time that she's done this; in May 2018, she wiped her Instagram page in order to promote her film, A Simple Favor. However, that time, Lively didn't leave any posts still visible, choosing instead to change her bio to read "What happened to Emily? ..." and made sure that her only followers were people who shared a name with her character, Emily Nelson.

In The Rhythm Section, which arrives in theaters on January 31, Lively plays Stephanie Patrick, an international spy who is determined to find out the truth behind the plane crash that killed her family. However, after she uncovers the fact that the crash was not an accident, Stephanie assumes an assassin's identity in order to hunt down the people responsible and seek revenge.

While the gritty, wig-filled action drama might seem like a departure for Lively, the actor told Bustle in September that she was drawn to the role because Stephanie is a "survivor. She continues to test this in herself. Everything she puts herself through proves that," Lively explained. "She puts herself in extreme circumstances, thinking she’s trying to die, but she’s really trying to survive. She is constantly testing her inner strength as her self-worth is regularly undervalued, by her, first and foremost. But she knows, at her core, she’s worth more."

As Lively explained, as the situations Stephanie finds herself in get more and more dangerous, she becomes braver and braver. "When she goes for something, she goes big, whether that’s her rise or her fall," Lively told Bustle. "When a person like that has nothing to lose, she is capable of anything. That is her superpower."

In that same interview, the film's producer, Barbara Broccoli, said that Lively was "very, very much involved in the whole storytelling," thanks to her complete transformation into Stephanie. However, that transformation didn't come without a few issues; in December, the actor suffered a hand injury on the Rhythm Section set which resulted in production being shut down for six months while she recovered.

Despite the set backs and the two hand surgeries that Lively had to undergo while making The Rhythm Section, it seems clear that the actor is excited about the movie and the character. After all, her entire social media brand is now entirely centered on Stephanie Patrick and her quest for vengeance.