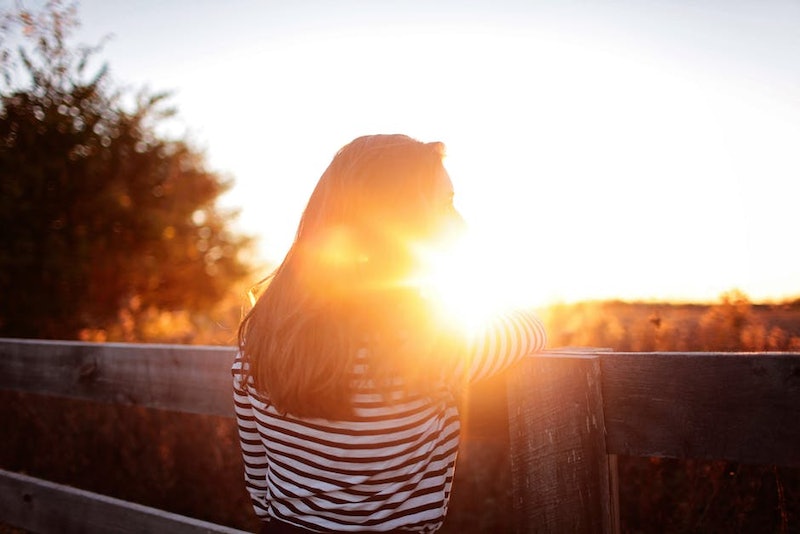 This Monday has been nothing short of a whirlwind. Between the total solar eclipse in the U.S. and Taylor Swift casually breaking all of social media with a context-less video of a snake, the internet basically exploded on any chances you had of being productive today. But if you're wondering why the mid-afternoon slump is hitting you extra hard today, it's not just the aftermath of all the hype; odds are, you're one of many people wondering why you feel sick after looking at the solar eclipse.

While the solar eclipse chasers among us were justifiably far more concerned with protecting our eyes to consider than anything else might be affected by watching the solar eclipse, it turns out there can be some other, sneakier side effects to staring at the sun. Even with the protection of solar viewing glasses, you're exposing yourself to the sun's rays in a manner much more aggressive and deliberate than you normally would. That kind of light exposure on its own can trigger migraines; this situation is even more dramatic, though, because odds are you left your relatively dim office before staring at the brightness of the eclipse, and returned immediately after. A rapid transition from light to dark in that manner is called "flickering," and can trigger headaches that, in turn, trigger nausea.

If you're worried that the nausea or general feeling of uneasiness is because you sustained some kind of eye damage after staring at the sun, the truth is that it generally takes about 24 hours to determine whether any injury to the eye has occurred. Odds are that your symptoms early after looking at the solar eclipse with safety lenses are a result of light exposure, and can be eased by finding a relatively dark place to work for the rest of the day, staying hydrated, and avoiding bright lights (and, if you can swing it, avoiding screens). For an unsettled stomach, try ginger root or peppermint tea or anti-nausea medication.

If your symptoms worsen, or you do suspect that you've sustained eye damage, resist the urge to self-diagnose. Seek a professional medical opinion from either your general practitioner or optometrist. If anything, symptoms like these help to reiterate the point professionals have been making all week — when it comes to phenomenons like eclipses, preparation and protection are always key. Thankfully, you'll have a good seven years to prepare for the next round, when another solar eclipse is visible again in the U.S. in April 2024.

More like this
The Summer Solstice Spiritual Meaning, Explained
By Jessica Booth and Brittany Beringer
Here's Your Daily Horoscope For June 30, 2022
By Mecca Woods
All The Astrological Events Happening In July 2022
By Nina Kahn
4 Zodiac Signs That'll Have The Luckiest July
By Brittany Beringer
Get Even More From Bustle — Sign Up For The Newsletter