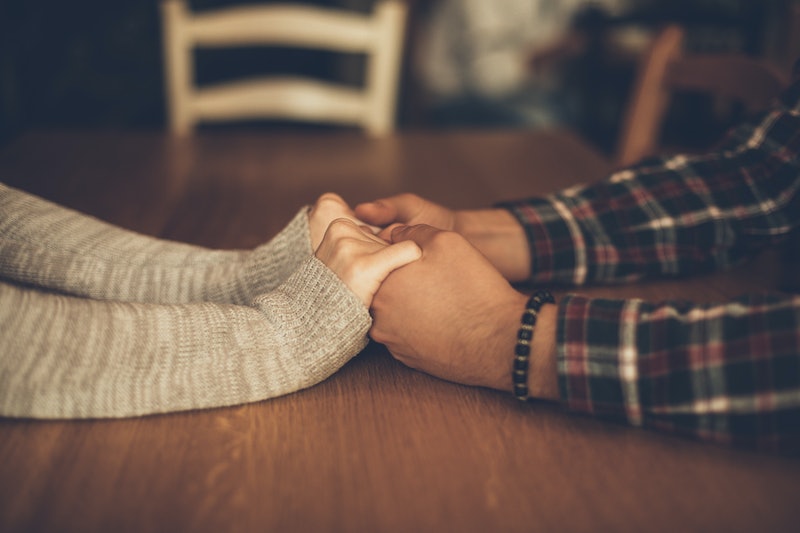 I'm currently in a thing. It's a good thing. It's a fun thing. And because this thing that I have with this particular person, is only a thing, we don't have the complications or expectations that others might have in things that have labels. You know, that word: relationship. According to Merriam-Webster, the (summarized) definition of relationship is: "the state of being related or interrelated; the relation connecting or binding participants in a relationship, such as: kinship and a specific instance or type of kinship; a state of affairs existing between those having relations or dealings."

When I met J in the summer of 2016, he was a quick fix to a broken heart and a distraction to a reeling mind that could only focus on revenge and hatred of my ex. He was supposed to be a one-night stand, but like a decent amount of my one-night stands, ended up being a little more. In the three weeks I had left in Barcelona that summer, I saw him a handful times, then left the city. We said we'd keep in touch and did.

When I returned to Barcelona a couple months later, we picked up where we left off. He was sleeping with a couple other people at the time, not looking for anything serious and, still reeling from that broken heart, again, he provided a distraction.

But this time it was different; I saw him with different eyes, as the revenge and hatred I felt for my ex months before started to fade away. Because of this, there were a few occasions where I'd stare at his dark brown eyes and wonder if I was falling in love with him. There were even more occasions, after he left my flat, that I'd roll onto my right side to feel the pillow where his cheek had been, relishing in the dampness from his sweat caused by the Barcelona heat, shut my eyes, and know I was in love. Then I would come to my senses. Then I would leave again, hoping he'd ask me to stay, knowing that if he did I would. But also knowing that he'd never ask.

In September, he came to visit me in New York City for a week, creating chatter amongst my friends that this might be it; a relationship, something serious, because who flies all the way to New York City from Barcelona? "Um, lots of people," I explained. It is New York, after all, not some Podunk town in Arkansas. When he left I cried, because, to quote Belle and Sebastian, "I always cry at endings," but knew I'd see him again at the end of October. Which I did.

"I'm grateful that I can breathe deeply when thinking about him."

Here I am again in Barcelona and it's been a year and a half since we first met. J is casually dating someone here, someone who's pushing for a relationship that he doesn't want, because he doesn't want a relationship at all. As he told me this story, I was grateful that we're not dating; that evolving our thing won't ever be a discussion we'll have to have. I like knowing that when we go to Rome for Thanksgiving, I won't sit across from him some night begging him to tell me how he feels about me or where this thing is going. I'm content in knowing, as he's said to me, he just wants to laugh with me and love me. I feel relieved that I'm never going to break his heart and he's never going to break my heart, and if we don't hear from each other for days, whether we're in the same city or a world apart, neither one of us is going to freak out, get angry, or suspicious. I'm grateful that I can breathe deeply when thinking about him.

If my past relationships have taught me anything, it's that expectations can be a bad thing. I have always wanted more for my partners than they wanted for themselves and I've learned that's not how relationships are supposed to work. Yes, you challenge and show support, but no, you just don't demand your partner give 110 percent to their dream, if they're only capable of giving 40 percent. I know this and I'm trying to work on it, but I'm a long way from remedying this part of me.

I have no expectation for J. In Venezuela, he was an attorney, while here in Barcelona, unable to practice law, he works in customer service. He lives in a small apartment, with a few things, a mattress on the floor, and doesn't want much. He draws, he watches movies, he's saving up to buy a synthesizer, and laughs at his own jokes. He is, by all accounts, adorable, both inside and out, but if I saw him as anything more than a buddy with whom I have fun, my expectations for him to want more than a damn synthesizer in life to make him happy would destroy us.

I will leave Barcelona again in mid-December. I know I'm likely to return in spring and stay through the summer, which has become my habit for the last few years, even before I met J. I don't know if in the spring and summer, we'll still be a thing, or if one of us, or the both of us, will find ourselves in labeled things with other people, with complications and expectations part of the game. But I don't think that far ahead with him. If I did, I'd be going against the concept of living in the moment with him. For now, it works. And I fear if we were to label it, the bottom would fall out and we'd find ourselves swimming in a see of expectations that neither one of us can fulfill.