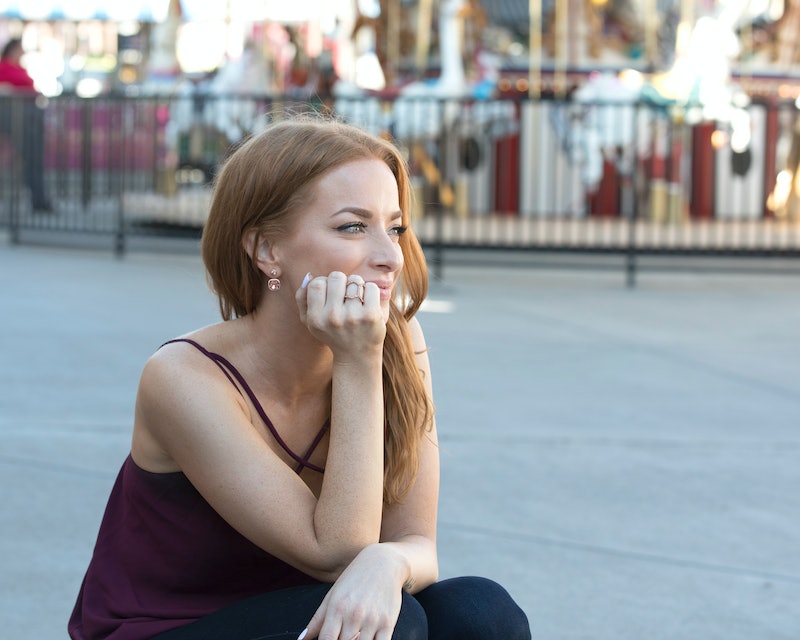 Lest you think that she's boycotting or something, trust that Elyse was just at a wedding on the weekend that the special taped. You have to hand it to her for being the kind of person to prioritize the people she cares about over fighting with her former cast mates. That being said, she was quick to clear things up with fans.

In her Instagram Stories this week, she explained her absence. She wrote:

"First off, I learned more about myself and what I want from a partner in weeks on this show than I have in quite some time...It afforded me the opportunity to take a long look in the mirror and see what I needed to work on, to be the type of person my future partner deserves. I left in a lot of tears, and a dress that while I loved may have looked a bit like a wedding gown... However I have no doubts that I was supposed to be on this season of The Bachelor... I am thankful for the lessons, I'm thankful for the tears, I'm thankful for the friendships, I'm thankful to Colton, and I am especially thankful to the [Bachelor] team who allowed me to be authentically myself."

So, it doesn't seem like she regrets her experience — she just had something else to do that day.

Elyse was weirdly at the center of a lot of drama between Onyeka and Nicole this season, but only after a rumor made itself known after her self-elimination. It seems like forever ago, but Oneyka had told Colton that Nicole said she was only there for a chance to get out of Miami, or, simply put, there for the wrong reasons. Nicole was eventually eliminated anyway, and it was just the first instance of the season where another girl suggested that her competitors didn't have Colton's best interests at heart. Given what went down afterwards between Oneyka, Nicole, and some of the other girls, it would have been nice to have Elyse on the dais Tuesday night to clear the air about what she had heard. Alas, she was off dancing at a loved one's wedding. And she was probably better off for it.

It seems like she's living her best life since filing the show and happy to stay above the fray. The makeup artist still continued to watch The Bachelor even after she was no longer onscreen. "Yes, I still watch the episodes, and I am cheering the girls on and for Colton to get his 'Happily Ever After,'" she wrote on Instagram.

So, if you're worried about Elyse — don't be. She seems to have had the best experience on Colton's Bachelor season as possible. And she missed all of the yelling at the "Women Tell All," too.