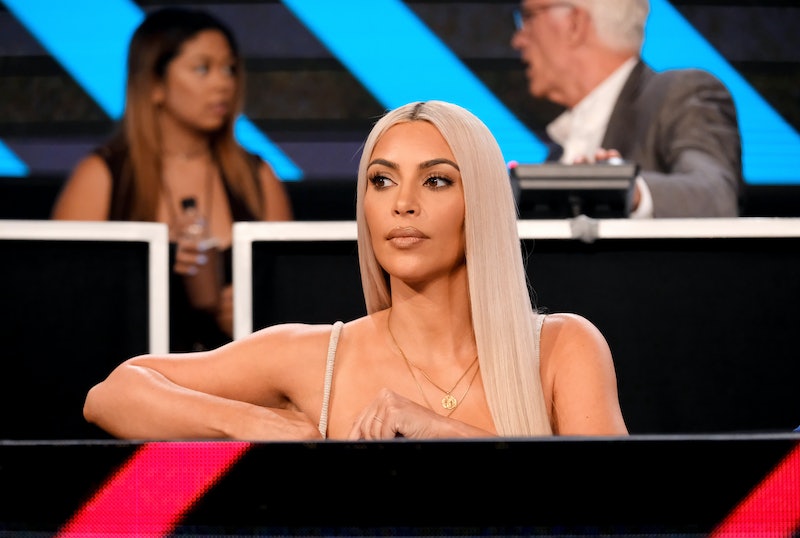 All that waiting did not pay off for fans hoping that the final 2017 Kardashian Christmas card photo would reveal Kylie Jenner's rumored pregnancy. At almost 8 p.m. ET/5 p.m. PT, Kim Kardashian finally shared the Day 25 Christmas card on her Instagram and Twitter and there was no sign of Kylie. At all. The young Kardashian sister had been absent for all the previous 24 cards, leading fans to speculate that the final day would be the grand reveal of her pregnancy, but no dice. Talk about super suspicious. Hmmm we wonder why she would have any reason to be hiding from the annual family tradition ... like maybe a baby bump that can't be camouflaged, perhaps?! What's the hold up here, Kylie?!

Instead, the final photo was essentially the same as all the others, featuring all the ladies of the Kardashian clan (minus Kylie) in their jeans and white tops lounging next to a giant Christmas tree while some of the kids cuddled with Kris, Kim and Khloe and others ran around playing. It was quite the anti-climactic end to the month-long roll out of the photos, if only because everyone expected the Kylie news to be revealed with this particular photo.

But alas, the wait for a confirmation continues. Maybe she's waiting for a New Year's announcement instead so the focus is just on her and not her whole family? The speculation will just never end!

Some fans didn't hold back in letting Kim know how disappointed they were in the big reveal immediately on Twitter.

While others didn't accept the final card lying down and asked the questions we were all thinking (bless you all).

And others smartly remarked on the major missed opportunity for publicity for the whole family (which we all know they excel at so seriously what is the deal here?).

The Day 25 photo also did not do much to dispel the rumors that Kendall had been photoshopped in to the cards. The Day 24 card the day before sparked intense speculation from eagle-eyed fans that the other younger Kardashian Jenner family member had not been present during the photoshoot because of weird-looking shadows and her placement in the group shot.

Seeing as how she's sitting on the ground far away from the rest of her family in the final card, that theory has gained even more momentum now. What could possibly have prevented Kendall from joining in the Gap ad/Christmas photo shoot this year? Will we ever get answers?!

At least one Kardashian sibling has been in a sharing mood the past few days. Earlier this week, Khloe confirmed her pregnancy with NBA basketball player Tristan Thompson with a super sweet photo, and since then her social media updates have been flowing free. First, she announced her pregnancy on Instagram on Wednesday, Dec. 20. Then, her sister Kim helped the first time expecting mother show off her baby bump on Snapchat. And earlier today, in a casual tweet, Khloe revealed her due date to the world.

The excited mom-to-be answered a fan's question on Twitter asking her how many months along she is. Khloe put all questions about her due date to rest, answering in a tweet, "I'll be 6 months next week." That means we can all expect the new addition to the Kardashian family in late March or early April 2018 (since there's no telling when/if Kylie will have a baby of her own to debut).

So even without a Kylie pregnancy announcement as the grand finale, the Kardashian Christmas cards are the gifts that just keep on giving.

More like this
Watch David Beckham Belting Out Mariah Carey’s “All I Want For Christmas”
By Catharina Cheung
Nothing Says Christmas Like An Amnesia Plotline
By Madeleine Aggeler
These ‘Love Actually’ Plotlines Are “Out Of Date,” According To Director Richard Curtis
By Grace Wehniainen
This Iconic ‘Love Actually’ Scene Drove Alan Rickman “Insane”
By Grace Wehniainen
Get Even More From Bustle — Sign Up For The Newsletter