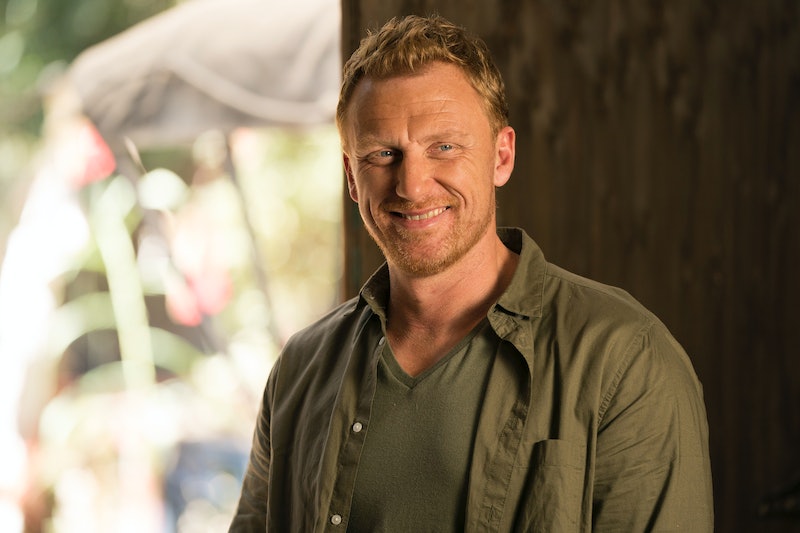 I'm about to say something that might make some fans pretty mad, but you only live once, so here goes: it's time for Owen Hunt to leave Grey's Anatomy. Past time, in fact. The cast of the long-running ABC medical soap has changed drastically over the years, featuring a whopping 28 series regulars over 14 seasons — some of which have been there for the entire run of the show, others of whom only lasted one season. (Sorry, Shane!) But as the revolving door of Grey Sloan Memorial Hospital keeps on turning, it's Dr. Hunt's time to hand in his scrubs and check out for good.

It may be hard to believe it, but aside from remaining original cast members Ellen Pompeo, Justin Chambers, Chandra Wilson, and James Pickens, Jr., Kevin McKidd is now the longest-standing member of the Grey's cast following the recent departures of Patrick Dempsey, Sandra Oh, and Sara Ramirez.

He will only solidify that status once fan-favorites Jessica Capshaw and Sarah Drew depart at the end of Season 14. Like McKidd's Hunt, Capshaw's Arizona Robbins also joined Grey's in Season 5, but on a recurring status; she wasn't promoted to series regular until Season 6. And Drew's April Kepner joined as recurring in Season 6 and was promoted to regular in Season 7.

Together, Owen, April, and Arizona — along with Jesse Williams' Jackson Avery — firmly represent the "middle years" of Grey's Anatomy. (After them, no one else would join the main cast until Jo Wilson and her fellow interns were promoted to series regulars in Season 10, ushering the current "later years.") So it makes sense that this group of non-original veterans would all leave around the same time, especially as the show continues to try to find new ways to reinvent itself one-and-a-half decades into its run.

Of the four of them, Jackson seems the safest: he has narrative importance as the chairman of the hospital's board, and the writers wouldn't be thrusting him into a new and seemingly long-term romance if they had plans to write him out anytime soon. But the other three all feel like they've run out of narrative road. In her statement about the departures of Capshaw and Drew, showrunner Krista Vernoff said, "As writers, our job is to follow the stories where they want to go, and sometimes that means saying goodbye to characters we love" — essentially implying that she felt she had run out of stories to tell about the characters in question.

But if that's true about Arizona and April, then it goes double for Owen. The writers haven't seemed to know what to do with him since his ex-wife Cristina Yang left the show four years ago, at the end of Season 10. They quickly threw him into a whirlwind marriage to Amelia Shepherd that ended predictably quickly for the exact same reason his first marriage ended: He wanted kids and she didn't.

After that repetitive storyline, he was briefly and inexplicably paired with Carina DeLuca before everyone agreed she was better with Arizona. He's pretty much the only doctor who decided not to compete in the big surgical contest. The writers literally had to send Owen out of the country to even find a compelling plot for him, since there's nothing interesting left for him to do in the hospital. And then, in the most recent episode, he declared his intent to adopt a child out of absolutely nowhere.

The good thing is, there are plenty of built-in ways to craft the character a quick exit. He could take his newly-adopted baby and go raise it somewhere other than Seattle. If that doesn't work out, he could decide to rejoin the military and take his trauma expertise back out into the field. Or he could even fly back to Germany to try to make things work with Teddy again, this time permanently.

When Grey's Anatomy enters its 15th season next fall, it will officially match the lifespan of the late great ER… with no signs of slowing down anytime soon. As it reaches that benchmark, ABC is likely going to want to prove that its medical soap is still a fresh and exciting series capable of evolving and remaining current. And if that means cutting some dead weight, then Owen should be one of the first on the chopping block.

Grey's survived the death of Derek, it survived the advent of streaming that was the death of so much primetime programming, and it would surely survive the departure of Dr. Hunt. Heck, his departure might even open up exciting new possibilities, as there would be room in the stuffed cast to introduce new faces. Maybe Scott Speedman's Dr. Nick Marsh could join the show full-time, or maybe the writers could finally give viewers a gay male doctor. (How has Grey's been on for 14 years and there hasn't been one gay man in the main cast?)

Regardless of what comes in the future, it's time to let the past go… and say goodbye to Owen Hunt.