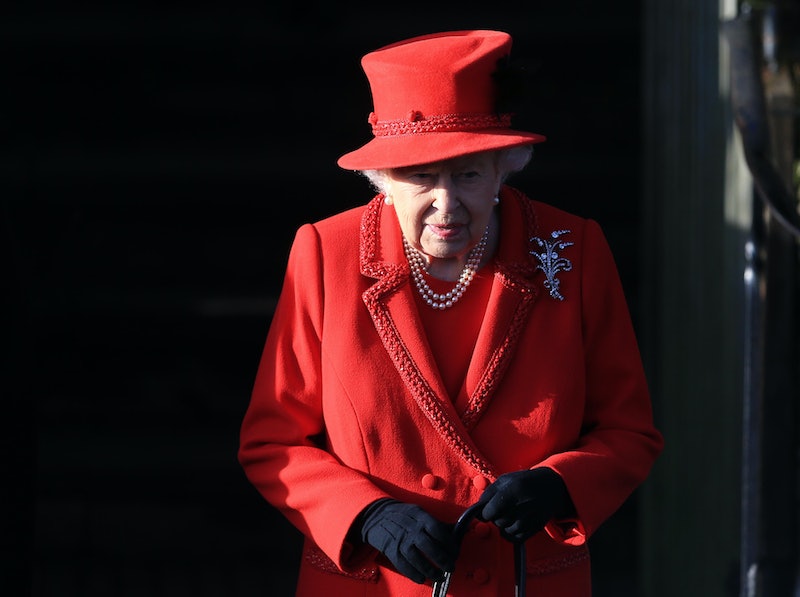 You're probably back to work already, you may well be reading this on your break, or while you should be working (no judgment here.) If so it might be time to look away not because the Queen has an extended Christmas holiday?

You heard me. Not content with returning to the big smoke in any sort of a hurry, she traditionally stays in her Sandringham estate in Norfolk after celebrating Christmas there with her family. A stay which lasts up until Feb 6 every year, which seems like an oddly specific date. Maybe she wants to get ready for Valentine's day? Well in actual fact, according to Cosmopolitan, it's for a super sentimental reason. She stays in memory of her late father King George V, who died in Sandringham on that very date back in 1952.

The former king famously took over when his elder brother abdicated in order to marry his true love, divorcée Wallace Simpson. Which at the time was deemed an unacceptable match for a member of the royal family, as Bustle reports. If an unexpected leadership role wasn't enough stress, he also ruled during World War 2. He's remembered as being super involved with his subjects during that time and according to the Guardian, "was tireless in touring blitzed districts, clambering through debris, and giving his condolences to people in their wrecked homes."

The Queen's father is still often on her mind, as shown when she spoke about him during her annual Christmas speech with a framed photo of the late monarch positioned beside her.

The Queen also shared some private history with the world in the speech. Speaking about the 75th anniversary of D-Day which fell in 2019, she recalled: "I well remember the look of concern on my father's face." She said. "He knew the secret D-Day plans but could, of course, share that burden with no one."

She also described 2019 as "bumpy", according to the BBC. And considering the year she's had — that extra month of R&R might be more deserved than ever.