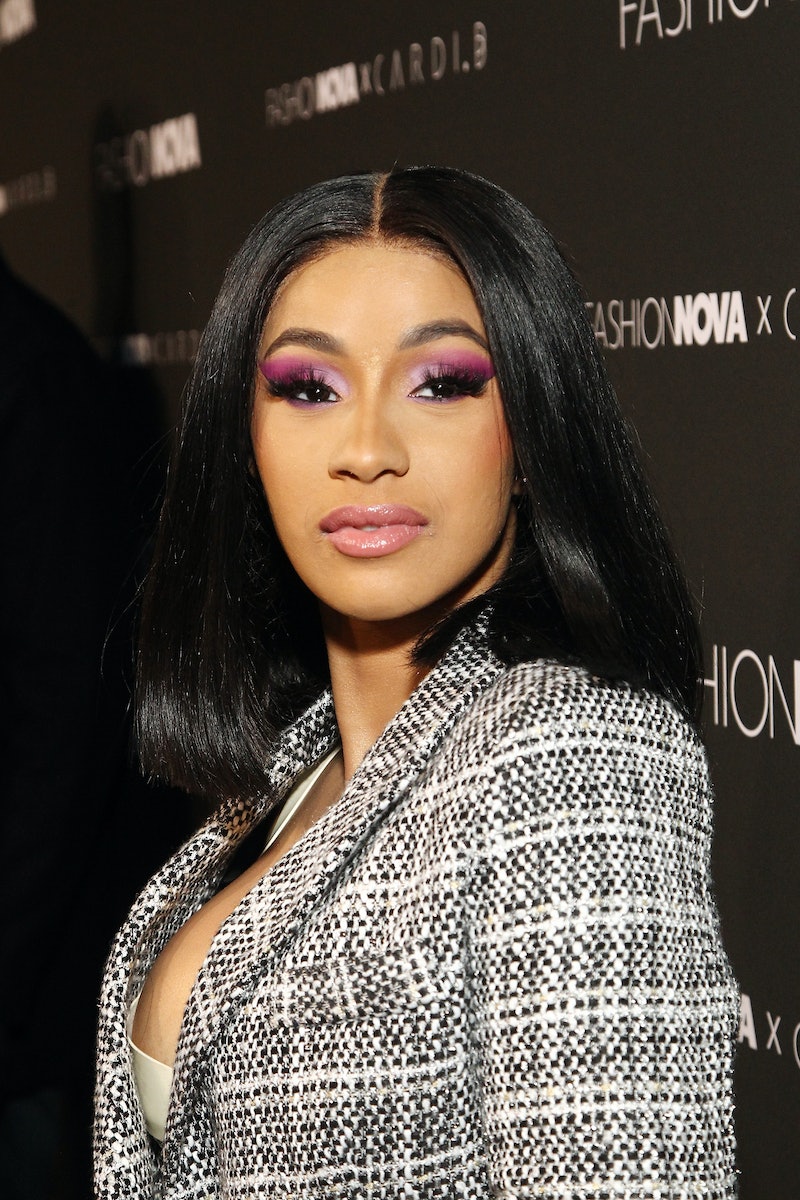 It's (somehow) been more than a year since Cardi B's "Bodak Yellow" made money moves right to the top of the Billboard Charts. The infectious summer 2017 anthem — and the rapper's resulting meteoric rise to fame — are at least partly the reasons why Cardi B wasn't nominated for a Best New Artist Grammy when the nominees were announced on Friday, Dec. 7.

Sure, it's difficult to even remember a time when "Bodak Yellow" and subsequent hits like "Bartier Cardi" and "I Like It" weren't in heavy rotation on everyone's playlists. So "new artist" may have already seem to be a bit of a stretch to some fans anyway.

Even so, keep in mind that the Bronx native didn't drop her debut, multi-platinum-selling album Invasion of Privacy until April 6 this year — just eight short months ago. While her fierce bars aren't new to the Bardi Gang, Cardi B would have technically been eligible for a Best New Artist Grammy nod this year. That is, of course, if "Bodak Yellow" hadn't already earned her both Best Rap Performance and Best Rap Song Grammy nominations lat year. (She went 0-for-2, however, with both awards going to Kendrick Lamar for "Humble" during the Jan. 2018 telecast.)

According to Billboard, the Grammys has adjusted the Best New Artist rules over the years, but, as of now, they stipulate that "any artist with a previous Grammy nomination as a performer" would not qualify. So, despite Cardi B's record-breaking 2018, the early smash success of "Bodak Yellow" precluded her from the Best New Artist distinction this year.

Either way, the Love & Hip Hop: New York alum sure to pick up other awards when CBS airs the 61st Annual Grammy Awards on Sunday, Feb. 10 at 8 p.m. ET. After all, she is a huge phenomenon right now, and it'd be a shock if she didn't get any nods at all from the prestigious show.

Given her two past nominations, the 2019 show won't be Cardi B's first time walking the Grammys' red carpet. While chatting with Billboard ahead of this year's show, Cardi B emphasized the importance of her Grammy noms as "validation" against her critics.

“It’s just like, how do people with no credentials gonna make me feel like I don’t deserve my success? And it’s like, there’s people from the Grammys, these are people that pick and choose who deserves it or not, and they feel like I deserve it, so it’s like… what’s popping? Who gonna say something?”

In a much more true-to-form comedic exchange — and possibly one of the most iconic red carpet moments in recent memory — Cardi B hilariously explained her feelings about attending her first Grammy Awards ceremony to E!'s Giuliana Rancic. "I'm feeling good, I'm feeling nervous, overwhelmed, everything," she began before bluntly adding: "I feel it all, oooooh, butterflies in my stomach and my vagina." (Rancic being caught offguard by the response, only added to the hilarity, of course.)

Leave it to Cardi to make any situation hilarious.