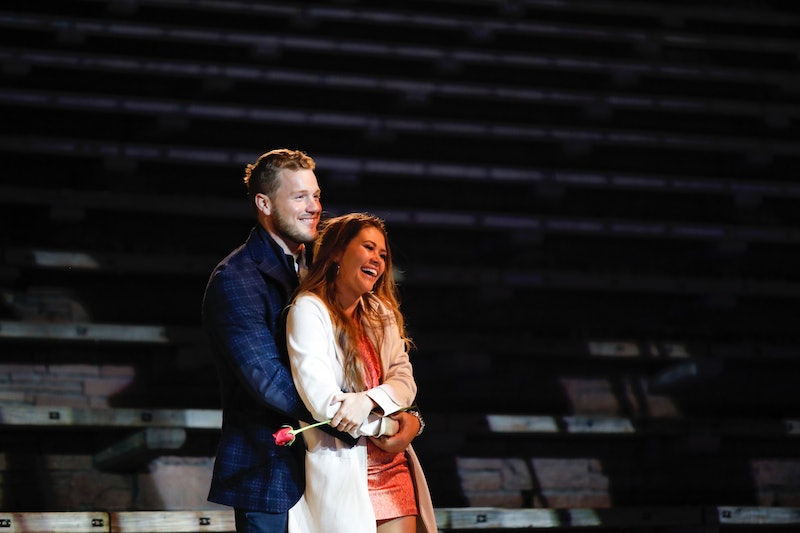 This season of The Bachelor is (thankfully) winding down, and we know that only one woman can win — kind of like Highlander. And while there’s one person who gets to take home Colton’s heart (and that big Neil Lane diamond ring), there is also one more prize — that of being the next Bachelorette. In fact, it might actually be better to get that gig instead of going home with the Bachelor. Now that Colton has his four frontrunners, let's start think about their chances at a solo season. First up: everything we know about Caelynn becoming the next Bachelorette. If, of course, she doesn't go home with Colton.

There’s always drama about who is on The Bachelor for “the right reasons.” That reason is love, not Instagram sponsorships (although those are typically more long-lasting than the average Bachelor relationship). Caelynn has been embroiled in a bit of drama this season of The Bachelor because it was said that she said she wants to be on The Bachelorette and if she can’t have Colton, she’d rather have that. Tayshia told Colton that Caelynn and Cassie were talking about their odds of that happening, which, to Tayshia, seemed like a glaring red flag that they were in it for fame and not for Colton's hearts.

Then, Caelynn protested way too much for some fans when Colton confronted her about Tayshia's comments. She angry, she cried, and then pledged that that she loved this "process." Later, she also came to her friend Cassie's defense when the California-native was also accused of being there for fame and fortune and not marriage. Colton semed to believe both of them and is taking them all on hometown dates.

So it's possible that he and Caelynn will come out of this "process" together. But it's just as likely that he'll have a change of heart and she'll be sent home. After getting so much screen time this season, Caelynn seems like, in this case, she'd make a good Bachelorette. (If they can somehow convince the skeptics that she wants it.) Either way, Caelynn actually has a good chance of grabbing the title. Here’s why.

The Bachelorette, like Spring Fling Queen, is always pretty, because The Bachelorette airs on national television. This is a fairly easy equation. Caelynn has Disney princess hair and a lovely smile, and she’s charismatic as all get-out. That’s a point for her.

She Has A Story

Caelynn is very open about being sexually assaulted when she was in college, and one of her pageant platforms was on awareness and support for assault survivors. Caelynn’s story is (unfortunately) relatable for a lot of women, and because of it, they’ll want to see Caelynn succeed. Being the Bachelorette would also raise her own profile and help her promote this platform — it’s an important one.

She’s Used To The Spotlight

Caelynn is a former Miss North Carolina, so she’s used to being in the spotlight. Between being judged for this and now being judge on national television for The Bachelor, Caelynn seems unflappable. She will take this process as it comes, and she won’t have a crying breakdown every time something off-kilter happens to her (cough cough Colton cough cough).

There’s a good chance that Colton and Caelynn could end the season of The Bachelor together — they’re so into each other — but in the situation that they don’t, Caelynn certainly could find love elsewhere. Like, for instance, another television show. And if that doesn’t work, there’s always Bachelor In Paradise.