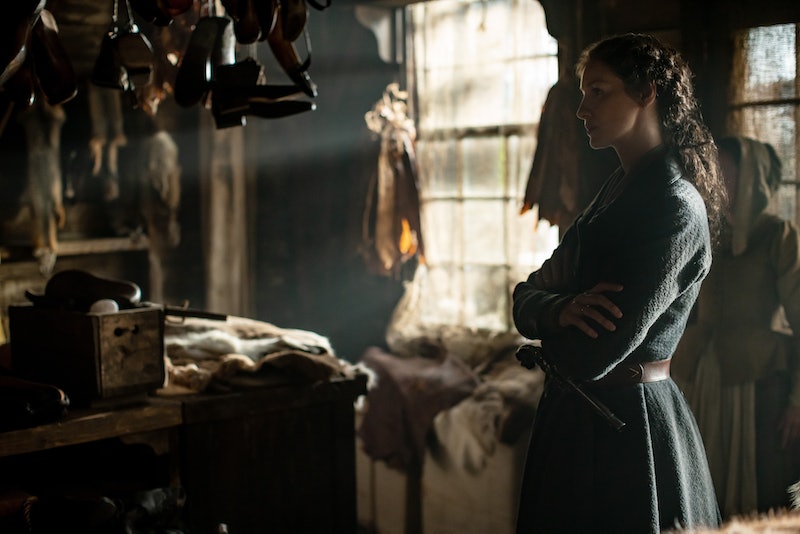 Spoilers ahead for Outlander Season 5. Though Claire's very existence in the 18th century threatens to alter the events of history, she's now flirting with changing the future on Outlander more directly than ever. Despite Brianna's warning, Claire has been trying to make penicillin some 150 years before it was developed. Now, she plans to use the antibiotic on Josiah Beardsley's twin brother Keziah — a noble but dangerous attempt that could reshape the world as she knows it.

It's possible it will do nothing at all (besides save Josiah's life, that is). Claire has often manipulated the past in small ways to ensure her and Jamie's survival, including using penicillin she brought with her from 1968 on Jamie and herself in Season 3. But applying this to a larger group of people could be tempting fate too much.

As Claire learned with the Battle of Culloden, she can't change major events like the outcome of wars. But she doesn't see saving people from things as small as appendicitis and tonsillitis as being on the same scale. She's in the mindset that if she's going to live in colonial America, she's not going to sit by while people die from simple infections she knows she can prevent. And the people she's helping aren't important historical figures, so it may not be a big deal. Book spoilers ahead.

If Outlander follows Diana Gabaldon's books, this should hold true. In Gabaldon's series, there isn't any major fallout from Claire administering penicillin. It does sometimes end up doing more damage, since Claire is working with limited resources and can't check for penicillin allergies in her patients, but she continues to use it throughout The Fiery Cross book and onward. Of course, she won't really know if her actions have an impact on the future until someone from her family goes back through the stones. But as long as she doesn't use it on someone like, say, George Washington, she should be OK.