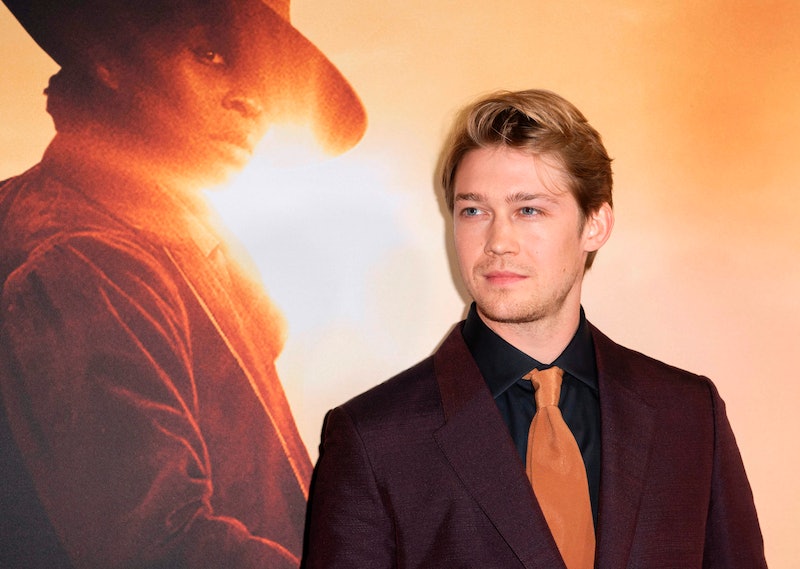 The front row of the American Music Awards will have major star power. It also hints at something Swifties are no doubt curious about: Will Joe Alwyn join Taylor Swift at the 2019 AMAs? Swift and Alwyn have been linked since 2017, but the notoriously-private couple has yet to make their red carpet debut together. Well, the AMAs recently released a glimpse of the seating chart ahead of the Sunday, Nov. 24 ceremony, and there’s a chance that Alwyn could be in attendance to support the “Lover” singer when she receives her Artist of the Decade award on Sunday.

Swift will be seated between her good friend Selena Gomez and artist Camilla Cabello, as per the AMAs' Nov. 21 Instagram photo of the seats. The photoset — which also offers fans a glimpse of the seating arrangements of Halsey, Dua Lipa, and Lizzo — had been captioned with, “The calm before the storm.” Eagle-eyed viewers will, of course, notice an empty seat between each name card to allot for the stars’ plus one guests. With that in mind, there’s a slight possibility that Swift’s beau will be on hand to celebrate the festivities with his partner.

This is all, of course, mere speculation because of how private the two are. There was much speculation that Alwyn would join Swift at the 2018 AMAs given the same seating arrangement, but alas, she showed up last year without her beau. While the couple’s public event appearances are minimal, Swift and Alwyn have been spotted out and about together several times in New York, Nashville, and London. In October, Alwyn joined Swift for a Saturday Night Live afterparty in New York, where the “Delicate” singer served as musical guest in the Oct. 5 episode hosted by Phoebe Waller-Bridge. Prior to that SNL appearance, Swift supported Alwyn at the BAFTA Awards in London in February, where his film The Favourite nabbed seven awards.

At the AMAs on Sunday, Swift will also perform a medley of her songs after a contentious back and forth with her former record label and Scooter Braun. At the AMAs’ red carpet rollout event in Los Angeles on Nov. 21, Mark Bracco, the ceremony’s executive producer, teased Swift’s performance in an interview with PEOPLE. “Everyone is going to want to watch live,” Bracco said. “Her performance is going to be spectacular, and everyone should watch live.”