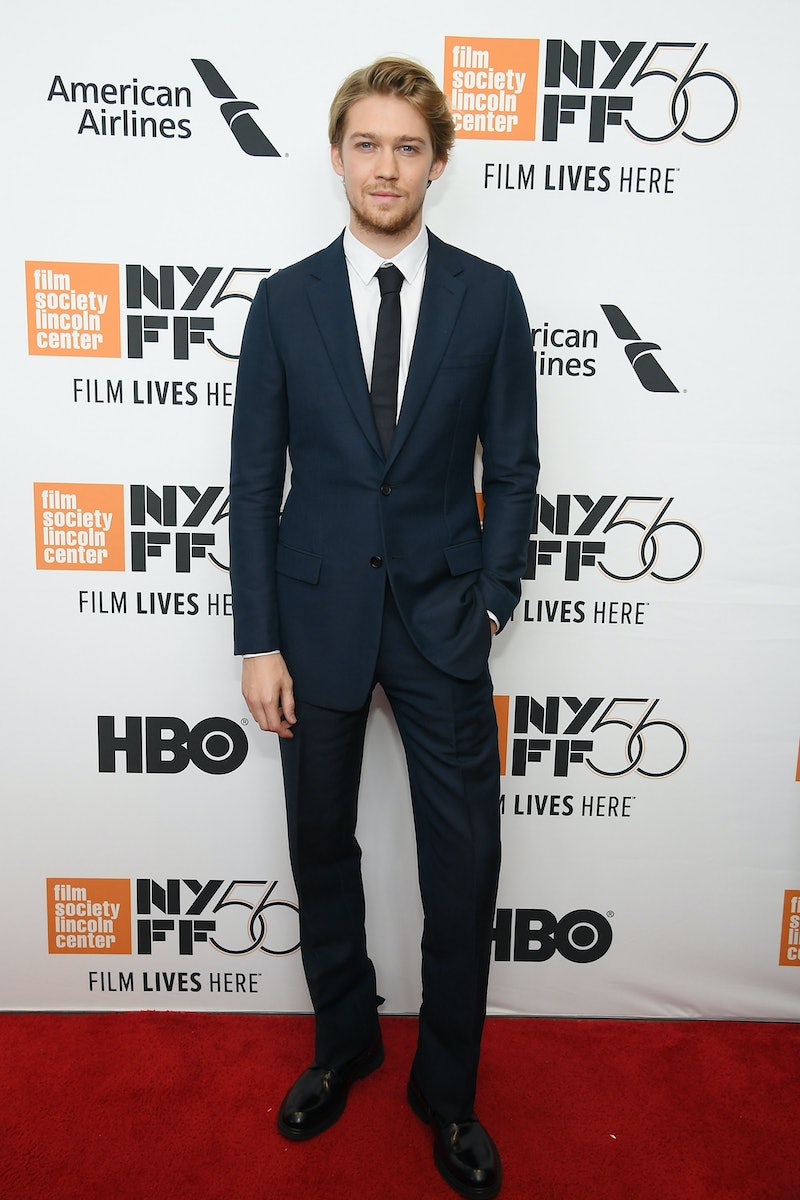 No matter if she is releasing hit songs, performing at an awards show, or finally talking politics, Taylor Swift's love life is always a hot topic of discussion. Swift is opening the 2018 American Music Awards, so will Joe Alwyn will be at the AMAs? The music star has never made an official public appearance with her British actor boyfriend and the awards show on Oct. 9 seems like the ideal time for them to hit the red carpet together. Swift and Alwyn have been dating for well over a year and this is one of Swift's first awards show performances in years. Not only would his appearance at the AMAs be a significant show of support, but it would give Swift fans something that they've long been waiting for.

On Oct. 2, Swift (and her cat Meredith) announced on Instagram that she would be opening up the AMAs where she is nominated for Artist of the Year, Tour of the Year, Favorite Female Artist — Pop/Rock, and Favorite Album — Pop/Rock. Swift's last music awards performance was when she opened up the 58th Grammy Awards in 2016 with "Out Of The Woods."

For the AMAs, Swift revealed that she will perform "I Did Something Bad." While this track off Reputation could be about her ex-boyfriend Calvin Harris (if it's not about her feud with Kanye West), that relationship is old news and the world wants to see Swift and Alwyn together.

While everyone knows that Alwyn and Swift are boyfriend and girlfriend because of her songs like "Gorgeous," they rarely appear together. Cactus references aside, they've never truly posted about each other on social media and they have very intentionally kept their private life private. As Alwyn recently told British Vogue about their relationship, "I think we have been successfully very private, and that has now sunk in for people." So will the AMAs finally be the event where they step out publicly?

Well, the AMAs has provided one clue that should make fans hopeful. The awards show's Twitter page posted the seat lineup for the night and, of course, Swift has a prominent spot. She's in the same row as Jennifer Lopez, J. Lo's boyfriend (and former New York Yankee star) Alex Rodriguez, and "Havana" singer and Swift's friend Camila Cabello. There's an empty seat between Swift and Cabello, which just might be an indicator that Alwyn will be seated right next to Swift.

Cabello was the opening act for Swift's Reputation tour and is also performing at the AMS, so that unmarked seat could very well be for her date. (She most recently has been linked to British dating coach Matthew Hussey). But it would be far more exciting for Swifties if Alwyn sat there. Plus, couldn't this famous couple use the quality time?

Swift just finished the U.S. leg of her Reputation tour on Oct. 6 and she's headed to Australia for her concert there on Oct. 19. As for Alwyn, he is poised for his own breakout. He portrays Ben Kingsley's son in Operation Finale and he will appear in Boy Erased, The Favourite, and Mary Queen Of Scots all later this year. They obviously both have busy careers and the AMAs could be a nice (very public) date night for them — even if Alwyn has never joined Swift for any other award shows.

Swift just proved there are firsts for everything since two days before the AMAs, she broke her silence on her political views. That means she could stun the world again by hitting the AMAs red carpet with her soon-to-be movie star boyfriend. And even if Alwyn is not her date this time around, he's bound to be doing his own awards show run in 2019. So no matter whom she attends the AMAs with, maybe Swift will end up being Alwyn's plus one on the red carpet sometime soon.