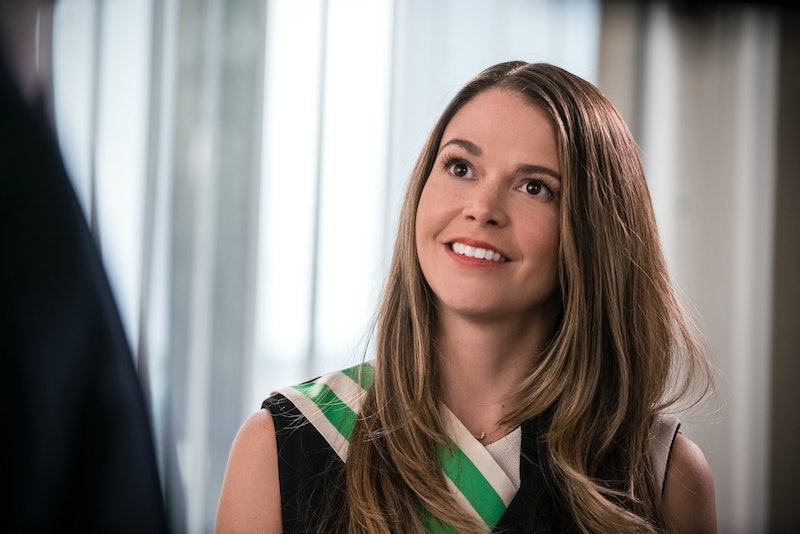 Younger Season 5 spoilers ahead. The Season 5 premiere of Younger let fans in with a bang — Charles knows that Liza isn’t really the 20-something-year-old assistant that she’s claimed to be all these years. I think the entire audience had a collective coronary with the big reveal! Fortunately, the Younger writers didn’t let us sit too long on the fact that Charles knows about Liza and Liza doesn’t know that Charles knows. In the June 19 episode of Younger, Charles lets Liza in on the fact that he knows her secret. She’s in her 40s, and she’s a liar. Will Liza quit her job on Younger? Her career could be over as she knows it.

Liza has been nailing assignments left and right at Empirical, but Charles has been curt and cold to her since learning the truth. He’s really not good at hiding his feelings, especially when he feels he’s been jilted (men, amirite?). At the end of the episode, Charles lets out that he knows who Liza really is, and she explains it fairly simply — she was just a woman who was trying to get a job, and that’s why she lied. She wanted a career, and it was impossible to break into the industry again otherwise. But then she asks Charles if she should be quitting her job, and Charles makes a stink of saying that she lied to get the job in the first place, so why waste it now? Unfortunately, Charles also says their relationship needs to be completely and totally professional from here on out, so #TeamCharles ‘shippers can start to mourn that loss ASAP.

Will Liza leave her job? Probably not, seeing as it’s all she’s got in the world. It’s actually a good thing from where I’m sitting that Charles knows. Now there are no more secrets between them, and if Charles is really serious about divorcing Pauline (finally!), maybe he and Liza can start fresh. Of course, that’s not going to happen quite yet. In an earlier interview with Bustle, Sutton Foster, who plays Liza, said of the Charles-and-Liza coupling, "He's not fine with it. It's definitely a rocky road for them for a while." Still, she added, "How it pans out is hopefully why people keep tuning back in to find out. They really put Liza through the ringer. It's incredibly smart. They really leave the audience wanting more and it's an incredibly complicated yet rewarding season."

Liza’s romantic endeavors are fun to watch, but it would be a real shame to see her professional life blown up because Charles knows about her real age. According to Foster, it’s a tightrope Liza will be walking in Season 5, because now that Charles knows, he doesn’t really know what to do with her. "There is a scene coming up… Charles really doesn't know what to do and he gets some really interesting advice," she adds. "It's yet another twist on the whole story. Liza's job is definitely in jeopardy but she's also invaluable now at that company. She has managed to make herself pretty important there and it's definitely a difficult decision for Charles to make."

In an interview with The Hollywood Reporter, Younger creator Darren Starr boils down the whole season to one fundamental question: "The question for Season 5 is, how do they feel about each other when all their cards are on the table?" he said. It’s not going to be easy trying to figure it out. As Peter Hermann, who plays Charles, told TVGuide.com, “The first thing that goes through [Charles’ mind] is a lot of fierce calculus in his head. And then a lot of re-editing and rethinking of every interaction they've had. It fundamentally changes the way that he sees her. Frankly, he doesn't know how to see her."

See her as your love interest, Charles! Your partner you can finally feel free to be with! Liza and Charles are the OTP of Younger, and they just have to get it right. They have to get it together, and that means that Liza must stay at Empirical and the show (and her whole ruse) must go on.