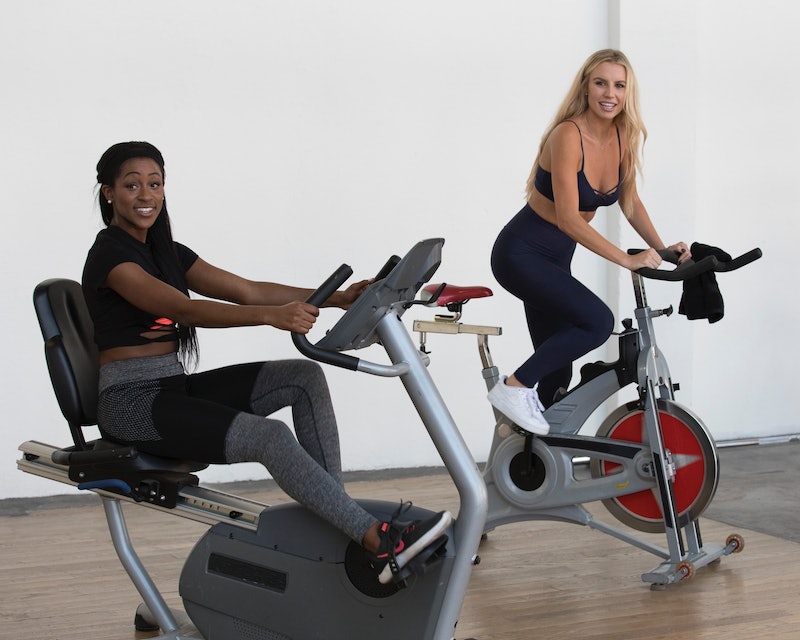 Sometimes, when The Bachelor drama is too thick to sort through, looking to the future can be the best way to find clues. For Bachelor Nation, that means figuring out which contestants will keep up the search for love elsewhere in the ABC franchise in the case that they get sent home. Although she's still very much in the competition, it could be worth wondering if Onyeka will be on Bachelor In Paradise this summer. She seems like the perfect sort of contestant for the show, provided that she gets sent home by Colton, of course.

On one hand, Onyeka is already an adventurous traveler. She would be well-suited to the Paradise environment. According to her Instagram, she has recently explore Dubai, Hong Kong, Japan, and so many music festivals. On the other hand, she has a really cute puppy named Smokey. Onyeka should only go on Paradise if Smokey can come too.

Plus, the drama that Onyeka has been bringing to Bachelor Nation and stirring up in the house is way more suited to a group show like Paradise. If the feud between Nicole and Onyeka becomes more compelling than either of their chances with Colton, there's a high chance that it will spin off to the spin-off.

Fans Are Already Counting The Days

On The Other Hand, Some Think It's TOO Much Drama

Maybe Paradise will give Onyeka the chance to show a different side of herself. Sure, the drama gets amped up a couple more notches on that show — but with a different group dynamic, she might fare differently. Remember the whole "stealing" thing she had with Catherine? Add more guys to the mix, and it either becomes a non-issue, or Onyeka is going to have a lot more interrupting and "stealing" to monitor.

Paradise can also be good for redeeming the villains of Bachelor Nation. "It’s only a small glimpse that you all see on TV," Oneyka reminded fans in an Instagram post. "I’m going to continue living my BEST life which consists of me only caring about opinions from people who actually know me as a person." Paradise could bring out the best in someone you think is the worst!

If you're obsessed with knowing if she'll make it to the beach, it's worth keeping an eye on the Paradise social media account as well. They're not shy about hinting who and what they'd like to see on the show, even if it is just wishful thinking.

And there's a better chance they'll start teasing the cast as Colton's season comes to a close and given that Bachelor in Paradise was just renewed for Season 6 by ABC in February 2019. The new season will air this summer and, as always, be hosted by Chris Harrison. Surely, now that the announcement has been made, we'll start hearing about casting soon — especially as more new favorites are eliminated from Colton's Bachelor journey.

Whether you love her, hate her, or love to hate her, Onyeka is a strong contender for Paradise. She's loyal to a fault, and endlessly watchable. The Bachelor franchise won't want to give her up just yet, no matter what ultimately happens with Colton.